How to Mislead People with Graphics that Lie (Relatively Interesting)

You see this all the time with Climate Change and the "unsustainable" debt (for example, showing numbers without showing them as a percentage of GDP and using scales to make debt seem larger than it is). Here's an example - read the comments.

More at the link. Interestingly, my eye was immediately attracted to a story on the site itself that is a blatant object lesson in how to lie with anecdotes and propaganda :13 Failed Predictions That Couldn’t Have Been More Wrong.

You'll notice how this is tilted toward "innovation" and "progress" by showing failed predictions about technology and then hitting you with statistics to show how wrong these people were. Stupid Luddites! Don't ever listen the them, they're always wrong!

Of course, these predictions are all cherry-picked. There is no indication how common these opinions were, and there is no context for how the evidence presented itself to the scientific community at the time (as in the case of X-Rays). In fact, the famous quote about the patent office is a favorite of techno-optimists despite the fact that it is fake and has been debunked. Er, what's the agenda here?

Of course, we could just have easily made an infographic with quotes about how we would be living on moon colonies, the common cold would be eradicated, that all video games in the year 2010 will be immersive visual reality and the stock market was on a permanent high plateau. Marconi predicted that the wireless would end warfare, and Herbert Hoover famously said, "Gentlemen, you have come sixty days too late. The Depression is over."

But no one wants to see an infograhic like that.

Basically, anecdotes are worthless. But the fact that some are so popular is telling - like Fox Mulder, we want to believe. In our case it's that we're on the progress train and that "they will think of something."

And finally in our lying/propganda gallery, a violation so blatant and obvious that no comment will do it justice: 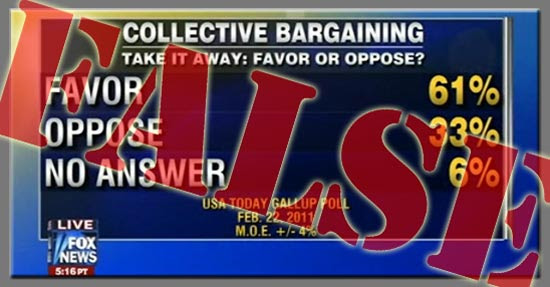 And Fact Versus Fiction on Seattle Minimum Wage (Big Picture) See how economic "facts" are cherry-picked and distorted to fit an agenda, in this case conflating a city with a larger statistical metropolitan area (which cannot be accidental)

But the media just reports the news, right?
Posted by escapefromwisconsin at 8:02 PM