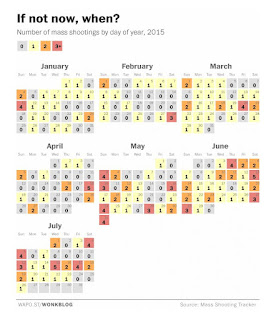 "CEO pay over the last 35 years grew by ONE THOUSAND percent while worker pay increased by...ten. CEO pay also increased at 2x stocks. Nonsensical. Even if CEOs were responsible for 100% of share price gains (no), still hugely overvalued."
https://twitter.com/umairh

A typical worker today is almost 60 percent more productive than a worker was 25 years ago but has seen only half of that productivity growth translate into higher compensation.
https://www.americanprogress.org/issues/economy/report/2015/07/21/117742/capitalism-for-everyone/

[T]he CEO of Walmart earns more in an hour than his employees will earn in a year.
http://abcnews.go.com/Business/walmart-ceo-pay-hour-workers-year/story?id=11067470

Across the United States, hospital shootings are now a monthly occurrence.
http://www.bostonmagazine.com/news/article/2015/06/30/brigham-and-womens-hospital-shooting/

No other country [besides the United States] has 14 healthcare professionals in the top 20 of highest paying occupations.
http://antontarasenko.com/2015/07/08/the-box-of-economic-growth-theory/

[Five percent] of the US population will be imprisoned at some point.
http://qz.com/458675/in-america-mass-incarceration-has-caused-more-crime-than-its-prevented/

[B]reathing Beijing’s air is the equivalent of smoking almost 40 cigarettes a day.
http://www.economist.com/news/china/21661053-new-study-suggests-air-pollution-even-worse-thought-mapping-invisible-scourge?fsrc=scn/tw/te/pe/ed/mappingtheinvisiblescourge

More than half of Americans have gone 12 months without a vacation.
http://www.latimes.com/business/la-fi-12-months-without-a-vacation-20150813-story.html

In 2010, enough prescription painkillers were prescribed to medicate every [A]merican adult every 4 hours for 1 month.

The New York metropolis has 12 million fewer people than Tokyo, yet it uses more energy in total: the equivalent of one oil supertanker every 1.5 days
http://motherboard.vice.com/read/the-worlds-most-wasteful-megacity?trk_source=recommended

In June China sold $1 billion per day more to the U.S. than it purchased.
http://america.aljazeera.com/opinions/2015/8/currency-wars-and-the-threat-of-deflation.html

...[T]here are five times as many empty homes as there are homeless people.
http://www.ianwelsh.net/social-facts-rule-your-life/

About 2.3 billion people have been hooked up to reliable water supplies since 1990, but 748 million still live without access. At the same time, water tables are drying up in many places.
http://www.fastcoexist.com/3049498/despite-what-youve-heard-the-world-is-getting-better-but-dont-get-too-complacent

More people will be killed in traffic accidents involving large trucks this year than have died in all of the domestic commercial airline crashes over the past 45 years...The death toll in truck-involved crashes rose 17 percent from 2009 to 2013.
http://www.nytimes.com/2015/08/22/opinion/the-trucks-are-killing-us.html

By the time the first European university was established in Bologna in 1088, Nalanda [University in India] had been providing higher education to thousands of students from Asian countries for more than six hundred years.
http://www.nybooks.com/articles/archives/2015/aug/13/india-stormy-revival-nalanda-university/ 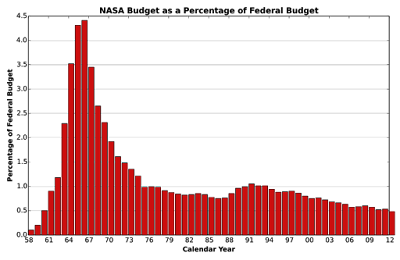 Posted by escapefromwisconsin at 9:38 AM