The Best of the Hipcrime Vocab 2014 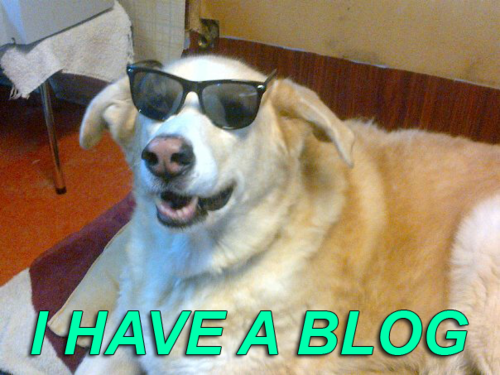 Automation and its effects continue to attract ever more attention:
What Are People Good For 2014: This Time It's Different
Automation: Going Mainstream

This one turned out to be a bit controversial:
The Mancession and the Sheconomy - Mind you, I do not claim that women *like* doing the lousy work in the lousy jobs being created, only that they are less resistant to them than men in a general sense.

Here's another controversial one:
Why I am not a Conservative, or Why Conservatism makes no sense in America today - I am attacking a very specific "conservatism" in America today which argues that total deregulation of the market economy and technological advances pushed by corporations are compatible. This is promoted by Republican and libertarians today, although many conservatives felt that I was unfairly maligning the philosophy in general.

Dirty Secrets About The U.S. Economy (That They Don't Want You To Know) - We already spend enough government money *right now* to give every American free education, health care, food, and decent housing. Instead we demonize collective governance and channel the money to wealthy elites via "free market solutions" while our citizens go bankrupt. And much of that money finds its way back to Washington as campaign donations to make sure this system doesn't change.

Narratives of Explanatory Value - This is a lengthy review of some of the narratives ignored in the mainstream media that explain our world better than the "conventional" narrative. These narratives are explored on this blog and also on the C-Realm podcast. This got me invited to be a guest on the C-Realm podcast a few times this year - definitely a privilege and highlight of my writing so far.

The Return of Social Darwinism

Are the unemployed worse than animals? - We make sure that retired service animals like the goats in the story get adequate food, shelter and medical care, something we deny to human beings in our society!

Bullshit:
The bottomless production of bullshit

The Wisdom of David Graeber - excerpts from an interview of one of the most perceptive outsider observers of our economic system, including his description of 'bullshit jobs."

Contra civilization:
Civilization and its Discontents - Part 1 and Part 2

The Longevity Deception (5 parts) - Separating myth from reality on our longer lifespans and the lifespans of our ancestors. Did hunter-gathers actually live longer lives than we do by subjective measures?
Part 1
Part 2
Part 3
Part 4
Part 5

Hobbes, Rousseau, and the Spirit of Christmas - The debate continues over whether we need the state to contain our violent, animal drives and secure prosperity, or whether the state is a source of violence and inequality that makes us kill one another needlessly for the benefit of elites.

Pirates and Freedom - Many of the notions of freedom we take for granted today were pioneered by people on the margins of society. Long before the American and French Revolutions, buccaneers blazed the trail to a more egalitarian world.

Let Them Eat Beans! - A book review of "Average Is Over," a disturbing but plausible view of our future by a noted libertarian economist. Also a detailed description of the new order we have termed "Neo-feudalism."

Techno-Fixes Are Counterproductive and Mad - Pie-in-the-sky techno-fixes promoted by the media and the TED crowd actually stand in the way of getting to real solutions to our most serious problems and may end up doing more harm than good. They are usually promoted as a way to keep the status quo going at all costs.

The Vaporware of Techno Utopianism - Simpler, practical, already existing solutions are ignored in favor of  more complex, more expensive untried solutions that will make people more bucks and have a "gee-whiz" factor. Plus, some solutions promoted by the media have stumbling blocks that are deliberately ignored.

It's Time for Some Anti-Science Fiction - Why does every description of a better future for humanity involve more technology?

Innovation and Cargo Cults - Is our obsession with "innovation" the same as island natives constructing coconut radios and thatched-roof hangars to bring back wartime prosperity from the skies?

Government, Competition and the Myth of the Free Market - Evidence that, as I constantly point out, so-called "free market" capitalism has been a massive government project from day one.

Economics is a fraud - Modern economics hides its inherent biases, suppresses alternative views and justifies the actions of the rich and powerful while masquerading as a "science." It claims to be the only valid social science. This takes a look at some of the problems with that and argues that economics has more to do with justifying the status quo than understanding the world or advancing real human betterment.

Externalities are the norm, not the exception - Economists pretend that these are exceptions that can be explained away, when in fact they are a part of everything in our economy.Almost all transactions affect the wider society
Posted by escapefromwisconsin at 10:11 AM