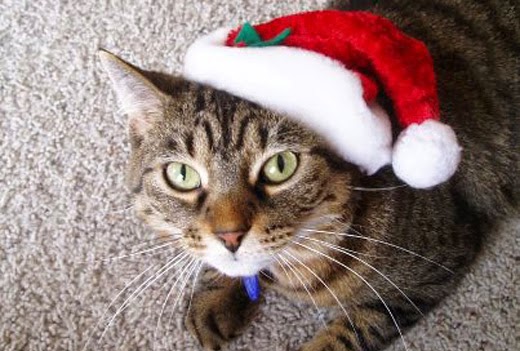 Jesus (assuming He existed) was not born in a stable. He was born in a guest room in a house. This is based in a mistranslation of the Greek word kataluma. Also, Joseph was a tekton - that is, an architect, not a carpenter.

Roughly 73 percent of Americans believe Jesus was born of a virgin, while only 61 percent believe the Earth’s temperature has been warming.

Santa Claus, says the Economist, is now better known to most Chinese people than Jesus.

Just one Chinese town makes 60 percent of the world's Christmas decorations. (The Guardian)

By the time the Koch brothers wake up on Christmas morning, the wealth the two men will have accumulated throughout the night could get a room for the night for every one of the 633,000 homeless Americans. (Alternet)

Last Year, the World Pumped Out More Carbon Pollution Than Ever Before (Vice)

The wealth gap between America's middle-income and upper-income families has never been greater in recorded history. (Slate)

India today has a higher life expectancy than Scotland in 1945 — in spite of a per-capita income that Britain had achieved as early as 1860. (Financial Times)

To date, George Washington was the richest president in U.S. history.

His Virginia plantation, Mount Vernon, consisted of five separate farms on 8,000 acres of prime farmland, run by more than 300 slaves. His wife, Martha Washington, inherited significant property from her father. Washington made well more than subsequent presidents: his salary was 2% of the total U.S. budget in 1789.

The war with highest casualties (as a percentage of population) in modern history was actually the Paruguayan War. The highest overall death toll from a single disease was the 1918 flu epidemic. Over five million souls died in WWI, excluding prisoners of war or missing persons. Fifty to 100 million more people the world over... lost their lives to the especially virulent influenza pandemic.
Posted by escapefromwisconsin at 9:39 AM