Economic Growth is Slowing Down

I found this a few months ago, and I think a good compliment to last time where we saw that innovation is slowing down because the low hanging fruits have been harvested and technology, like everything else, has diminishing returns at the margin.

It basically describes how if you extrapolated the economic growth of the past into the future, you would be seeing growth rates very different than today. In fact, growth is slowing down.

As of now, the missing growth since 1979–the missing growth, taking no account of distribution, taking an-extra-dollar-for-billionaires-is-as-good-as-an-extra-dollar-for-everybody-else–amounts to more than one-third of the level of our current prosperity. And when we compare the $28,694 real GDP per capita level of 1979 with the $50,295 we have today and the $68,246.2 that is the extrapolated 1923-1951-1979 trend–well, we have had barely as much as half the economic growth since 1979 that back in 1979 we expected.

The Post-1979 Shortfall in American Economic Growth (WCEG)Why 1979? Well, for one thing that was when we had peak per capita oil. Then again correlation does not equal causation... 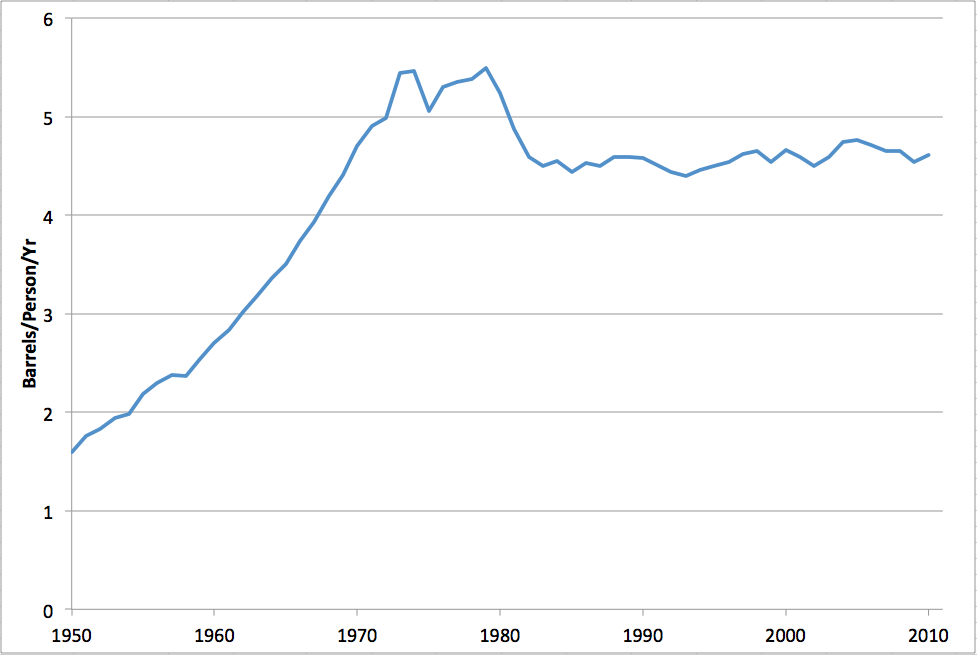 Posted by escapefromwisconsin at 12:16 PM