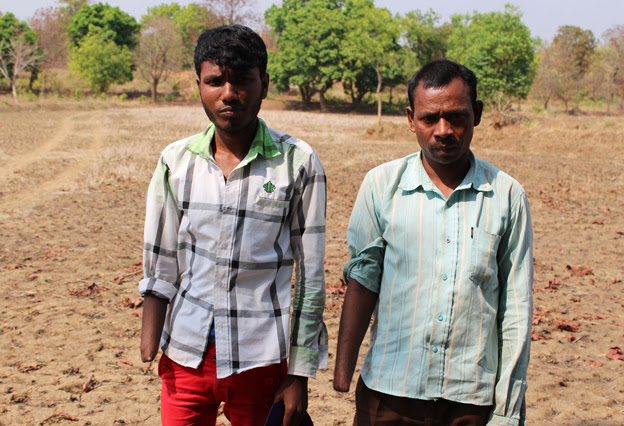 I knew that there were more slaves today than at any point in history, but I didn't know this:


The average price of a slave has decreased during the past 200 years, according to Kevin Bales, a leading abolitionist who has written several books about modern-day slavery.

In previous centuries, when slaves were captured and traded each had a significant market value. Although their ill-treatment was often horrific, the reality was that it made economic sense to keep a slave alive and functioning, to protect what was usually a significant investment, made with a view to long term.

That is not so today. Many girls and women, who are trafficked, particularly for the sex trade, are done so with a view to high rate of return over a relatively short period of time. Then they are switched from the steady supply of replacements.

And what do you suppose happens to those who are seen to have maxed out their usefulness?


Ranking behind illegal drugs and arms trafficking, human trafficking is estimated to be the third largest international crime industry, according to the United Nations Office on Drugs and Crime. It is believed to generate profits of an estimated $32 billion, according to a 2005 report from the International Labour Organization. Of that number, $15.5 billion is made in industrialized countries.

Our self-congratulatory celebration of progress is made possible by making a lot of people invisible. The question is, which direction are we going?


A few hundred years ago, it was easy to determine one’s slavery footprint: step out on the porch and count the laborers. Today, millions of slaves make your clothes, food and electronics, but they are hidden halfway around the world: Uzbek children pick cotton for your shirts, Brazilian men harvest your sugar cane, and Congolese boys mine the raw materials that end up in your smartphone.

So, how many slaves work for you? “If you took 100 smartphones and lined them up, we could tell you with near 100 percent probability that on average, each one of those phones had at least 3.2 people exploited in the making of the phone,” said Dillon. “Mine might have had zero, yours might have had ten, but that’s not the point.”

Some of the results are surprising. Ibuprofen pills carry a score of 1.2. Sadly, even a simple martini is a 0.9. Products like baby wipes and tanning beds have oddly high totals, too.


Slavery has not re-emerged by accident. It is as structural to modern global supply chains as it was to the sugar trade of the 18th and 19th centuries. Back then, slave labour in the colonies provided the biggest external contribution to Europe's economic growth. Throughout the Industrial Revolution, it was the triangular trade between England, Africa and the Caribbean – sending English goods and guns to Africa, where they could buy slaves to work the sugar plantations of the West Indies and transform a rarity into a cheap commodity to feed the new factory workers of English cities – that facilitated the accumulation of wealth back home. Slavery was the engine of emerging capitalism.

Without the slaves press-ganged on to Thai fishing boats to work unpaid, the economics of the modern prawn industry would not add up. And it's not just the prawn industry that has been built on slaves; slavery in various forms is part of the soya chain in Brazil that feeds the industrial chicken factories of the west, the all-year salad crops from Spain, and has even been uncovered in the supermarket egg chain in the UK.

How did this happen?

All supermarkets and transnational producers say they abhor slavery. But agribusiness has helped create the conditions for it.

Western-led institutions rewrote the postwar rules to open up world trade, removing regulations and barriers to big business. They opened borders to the free movement of capital and goods but, illogically, believed they could control the free movement of people that accompanied the process.

We've created a large new pool of people who have to migrate to survive. These are the people excluded from the growth created by globalisation, which has sucked wealth upwards and offshore. Some have been dispossessed by land grabs, others by plantation agriculture or expansionist aquaculture.

Some are victims of war, some from countries so indebted or environmentally ravaged they cannot survive or support their families at home. They are easy prey to traffickers who trick them into slavery, just as some Africans were lured on to slave boats centuries ago.

Supermarkets have also used their power to drive down prices in a race to the bottom; they expect to sell goods for less than it costs to produce them.

Thailand's seafood industry: a case of state-sanctioned slavery? (The Guardian) What would Ayn Rand say?
Posted by escapefromwisconsin at 6:45 PM