How America abandoned its “undeserving” poor (Salon) And, related, The Welfare Queen (Slate)


Konczal described two approaches to the liberal state. In the first, “you would have the government maintaining full employment, empowering workers and giving them more bargaining power.” In the second, “you would have a safety net for those who fell through the cracks.” These two approaches, according to Konczal, should not be looked at as an either-or proposition, but as mutually reinforcing and interdependent: “I don’t believe those two can exist without each other. Without a strong middle and working class you don’t have natural constituencies ready to fight and defend the implementation and maintenance of a safety net and public goods. The welfare state is one part, complementing full employment, of empowering people and balancing power in a financial capitalist society.” In practice, Konczal writes, the political left has abandoned its quest for deep structural reform — full employment and worker empowerment — and instead has “doubled-down” on the safety net strategy. The result, in his view, is “a kind of pity-charity liberal capitalism.”

Related: Report: Most people in poverty have jobs (Salon)

In the War on Poverty, a Dogged Adversary (New York Times)


When President Lyndon Johnson declared his war on poverty on Jan. 8, 1964, almost exactly 50 years ago, 19 percent of Americans were poor.“The richest nation on earth can afford to win it,” he reasoned, as he proposed a clutch of initiatives from expanding food stamps to revamping unemployment insurance. “We cannot afford to lose it.”

A half-century later, our priorities have changed.

In November, food benefits were cut for approximately 48 million Americans by an average of 7 percent, costing the typical recipient about $9 a month, as the emergency expansion of the food stamp program enacted in the depths of the great recession was allowed to expire. Next month, 1.3 million jobless workers are scheduled to stop receiving an unemployment check, after Congress’s refusal to prolong the extension of emergency jobless benefits to up to 73 weeks, from 26. Perhaps as many as five million people will lose their benefit over the next year.

But while politicians’ attention has wandered, poverty remains uncomfortably close to where it was five decades ago.

The official poverty rate today is 15 percent. But by a newly deployed, more comprehensive Census Bureau definition, which provides a more realistic tab on people’s needs and takes into account the effect of government benefits, 16 percent of Americans are poor. This is just 3 percentage points less than in 1967, the earliest year for which the data is available. It amounts to 50 million people. Why so many still? Did the United States wage a war on poverty, lose and move on?

Noam Chomsky: America Hates Its Poor (Alternet) And: David Simon: 'There are now two Americas. My country is a horror show' (The Guardian)

Waiting for the 8th (WaPo)


In an article published on Monday, The Times’s Patrick McGeehan described a line snaking down Fulton Street in Brooklyn last week, with people waiting to enter a food pantry run by the Bed-Stuy Campaign Against Hunger. The line was not an anomaly. Demand at all of New York City’s food pantries and soup kitchens has spiked since federal food stamps were cut on Nov. 1. The cut — which affects nearly all of the nation’s 48 million food stamp recipients — amounts to a loss of $29 a month for a New York City family of three. On the shoestring meal budgets of food stamp recipients, that’s enough for some 20 individual meals, according to the New York City Coalition Against Hunger.

The food stamp cuts are occurring even though need is still high and opportunity low. In a report released today, the Coalition estimates that one-sixth of the city’s residents and one-fifth of its children live in homes without enough to eat. Those numbers have not improved over the past three years. The lack of economic recovery for low income New Yorkers is at odds with gains at the top of the income ladder, reflected in soaring real estate prices, rising stock prices and big Wall Street bonuses.

And there are more food-stamp cuts to come. House Republicans have proposed to cut the program by $40 billion over 10 years in the pending farm bill; the Senate has proposed a $4 billion reduction. With Congress framing its task not as whether to cut the program, but how much, is there any doubt that food lines will soon be getting longer — and children hungrier?


No doubt the reason low-wage companies continue to pay low wages is because there are plenty of workers willing to take jobs at those wages, and the need to pay more to avoid the risk of being unionized is largely gone. But “can” and “ought” are not the same thing.  Nothing about the minimum wage implies that it is morally ok as long as you pay at least that much. It simply says that the government will prosecute you if try to pay less than that level.

One of the things that I find surprising is how many companies that pay poverty-level wages or thereabouts to their employees spend a good deal of effort to be good corporate citizens in other areas. They try to make their operations “green,” lessening their impact on the environment, some even sponsor anti-poverty programs in Africa, and so forth. They just don’t seem very interested in the poverty among their own workforces.

Republicans: We Were Too Nice to the Hungry, But We’ve Fixed That (New York Magazine)


It’s not baffling, nor is the notion that the Republican Party protects the class interests of the rich a “stereotype.” It’s an analysis that persuasively explains the facts.

Indeed, it’s the only analysis that persuasively explains the facts. I’d prefer to abolish agriculture subsidies completely while keeping in place (or boosting) food rations for the poor. A libertarian might want to abolish both programs, a socialist might want to keep both. I’d disagree but attribute the disagreement to philosophical differences. What possible basis can be found to justify preserving subsidies for affluent farmers while cutting them for the poor? What explanation offers itself other than the party’s commitment to waging class war?

North Carolina Shows How to Crush the Unemployed (The Ticker)

The typical American family makes less than it did in 1989 (Washington Post) And: Among American workers, poll finds unprecedented anxiety about jobs, economy (WaPo)

The 40-Year Slump (The American Prospect)


What no one grasped at the time was that this wasn’t a one-year anomaly, that 1974 would mark a fundamental breakpoint in American economic history. In the years since, the tide has continued to rise, but a growing number of boats have been chained to the bottom. Productivity has increased by 80 percent, but median compensation (that’s wages plus benefits) has risen by just 11 percent during that time. The middle-income jobs of the nation’s postwar boom years have disproportionately vanished. Low-wage jobs have disproportionately burgeoned. Employment has become less secure. Benefits have been cut. The dictionary definition of “layoff” has changed, from denoting a temporary severance from one’s job to denoting a permanent severance.

As their incomes flat-lined, Americans struggled to maintain their standard of living. In most families, both adults entered the workforce. They worked longer hours. When paychecks stopped increasing, they tried to keep up by incurring an enormous amount of debt. The combination of skyrocketing debt and stagnating income proved predictably calamitous (though few predicted it). Since the crash of 2008, that debt has been called in.

All the factors that had slowly been eroding Americans’ economic lives over the preceding three decades—globalization, deunionization, financialization, Wal-Martization, robotization, the whole megillah of nefarious –izations—have now descended en masse on the American people. Since 2000, even as the economy has grown by 18 percent, the median income of households headed by people under 65 has declined by 12.4 percent. Since 2001, employment in low-wage occupations has increased by 8.7 percent while employment in middle-wage occupations has decreased by 7.3 percent. Since 2003, the median wage has not grown at all.

The middle has fallen out of the American economy—precipitously since 2008, but it’s been falling out slowly and cumulatively for the past 40 years. Far from a statistical oddity, 1974 marked an epochal turn. The age of economic security ended. The age of anxiety began.

Lessons from a history of thought on poverty (VoxEU)


We have also seen a marked transition in thinking about poverty. Observations of poverty have long interacted with prior ‘theories’ (including ideologies) to yield an ‘interpretation’ of the causes of that poverty, with possible implications for action. Two stylised interpretations can be distinguished in past thought, both scholarly and popular.

In the ‘utility of poverty’ interpretation, some people are poor largely because of the choices they make and there is little reason to think that they have the potential to be anything else than poor;

And their poverty is seen as necessary for the country’s economic success, which requires a large number of people eager for work, and avoiding hunger is seen as a necessary incentive for doing that work. The view of Patrick Colquhoun (1806), the founder of the modern police force, is a fair representation: “Poverty is a most necessary and indispensable ingredient in society, without which nations and communities could not exist in a state of civilization. It is the lot of man – it is the source of wealth”. This appears to have been the dominant mainstream view until well into the 19th century, and versions of this view survive today, though it is clearly no longer dominant.

Poverty used to be seen as a social good (Economist's View)


Prior to the late 18th century, the dominant school of economic thought saw poverty as a social good, essential for economic development. It may well have been granted that, other things being equal, a society with less poverty is to be preferred, but other things were not seen to be equal. Poverty was deemed essential to incentivize workers and keep their wages low, so as to create a strong, globally competitive, economy. Nor did the idea of what constitutes “economic development” embrace poor people as being necessarily amongst its intended beneficiaries. There was also widespread doubt about the desirability of, or even the potential for, governmental intervention against poverty. ...

[There] was little reason to think that poor people had the potential to be anything else than poor. Poverty would inevitably persist, and was indeed deemed necessary for economic expansion, which required a large number of people eager for work, and avoiding hunger was seen as the necessary incentive for doing that work. ... [Beyond] short-term palliatives to address shocks, there was little or no perceived scope for public effort to permanently reduce poverty. And a world free of poverty was unimaginable—after all, who then would be available to farm the land, work the factories and staff the armies?

Hunger Makes People Work Harder, and Other Stupid Things We Used to Believe About Poverty (The Atlantic Cities) Er...used to?

And God bless us, every one! 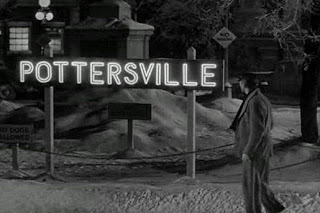 Posted by escapefromwisconsin at 5:57 PM