I forgot last time to give a shout-out to an excellent podcast that everyone should be listening to. I learned about it from an interview with the host on the DisInfoCast. Her name is Jennifer Briney, and this lone citizen manages to do what our 100 billion dollar (or whatever) media is unable or unwilling to do - she actually reads the bills that come before congress and tells you what's in them! I've been listening to her podcast regularly during the shutdown, and you should be too:

Head on over and see the horrible corporate-written legislation that sails through our so-called "democracy." I thought I was pretty well-informed, but even I was shocked at what's in some of the bills coming out of congress (for example, one specifically forbids getting getting money for aluminum cans purchased with food stamps - a totally unenforceable act written by the Tea Party just for spite). Anyhow, it will help you cut through a lot of the bullshit around the latest political news (for example, there was never a risk of "Obamacare" being defunded at all - just eliminating some of the discretionary spending).

Unlike a lot of the corporate "kept" media, Jen is just an ordinary citizen doing an important job that there should be more of, so head on over, nominate her for some podcast awards or send some quatloos her way. We don't need government by secrecy.

And on one show, she pointed out something important. If, like the Tea Party claims, this is all about "government overreach" and "freedom," why the fuck didn't they shut down the government to defund the NSA rather than Obamacare! Because if they had done that, I might be 100% behind them. I don't see how you can make a case that Obamacare is an affront to "freedom," since all it seems to do (after listening to Congressional Dish) is regulate the private health care marketplace, something the government is clearly and expressly permitted to do under the U.S. Constitution (the "Commerce Clause"). And the part about being "forced" to buy health care was actually designed by the right-wing Heritage Foundation! (this is why most other countries have single-payer, with extra insurance available in the marketplace) Besides, we already pay for social insurance with taxes via Social Security and Medicare. Do you feel less free?

Spying and collecting all personal data on every single citizen without a warrant, however, clearly is an affront to freedom and an overreach of government power, as well as a violation of the U.S. Constitution (the fourth amendment). Where was the Tea party? In fact, Paul Ryan, noted  congresscritter from my state and former vice-presidential candidate, specifically voted against de-funding the NSA's warrantless dragnet surveillance, yet he's totally on-board with shutting down the government to prevent health care reform and keep up unregulated corporate price gouging. How can anyone say this is about "freedom?"

Incidentally, here is a map of countries around the world that provide some sort of universal health care coverage (the unfree socialist countries), followed by a map of national wealth. Note that the only wealthy nation that does not have it is the United States. The only semi-wealthy nations not included are Mexico, Columbia, Turkey, Libya and Turkmenistan (the free nations). And note that some nations poorer than the U.S. (Costa Rica, Cuba, Russia, Brazil)  have universal coverage. 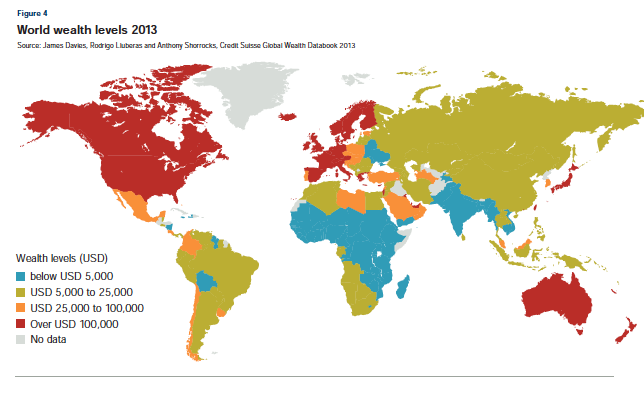 Oh, and as for that argument the the government is "reaching into every aspect of American life,"  I guess that doesn't include the aspects where workers actually get benefits:

Now for some charts: 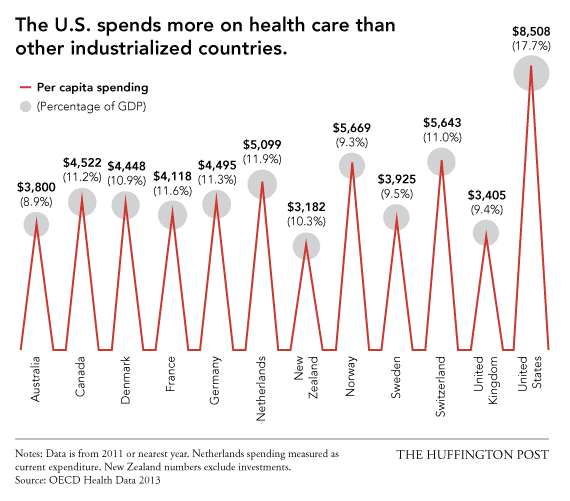 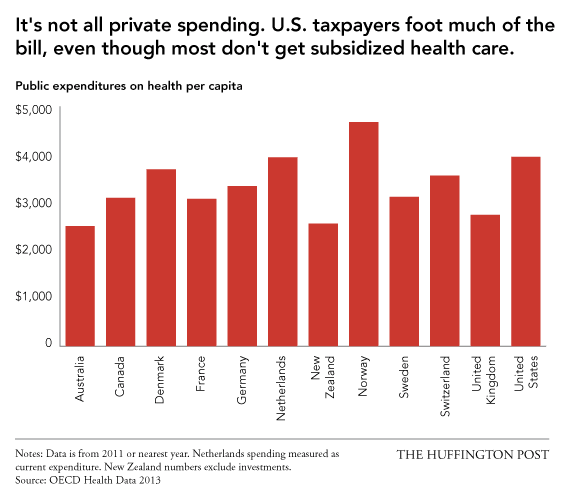 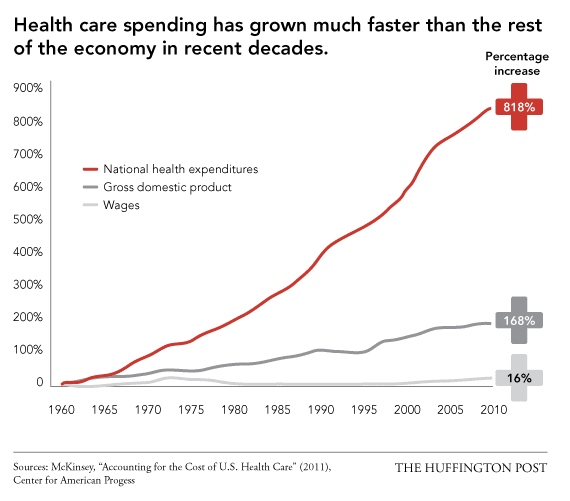 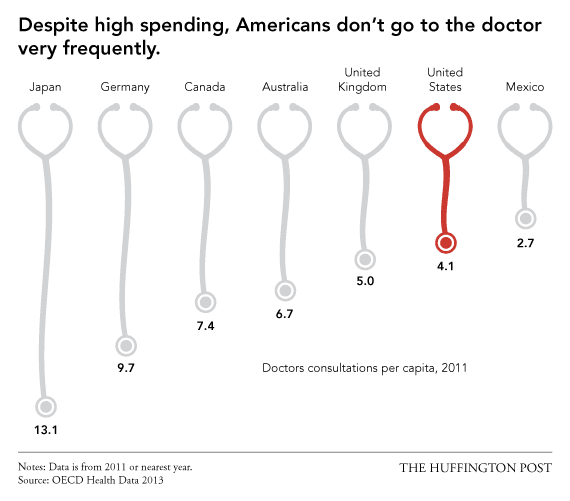