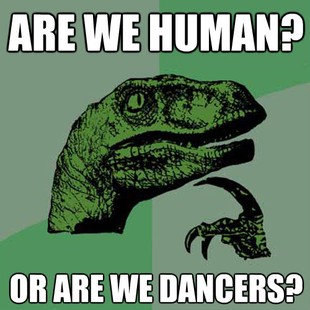 Microbes to be 'last survivors' on future Earth (BBC) The last surviving creatures on Earth will be tiny organisms living deep underground, according to scientists.

Timeless questions about the universe (New York Times) Is this, then, the end of time, at least in our lonely corner of the multiverse, as it is known?

Does life have a purpose? (Aeon) Nobody expects atoms and molecules to have purposes, so why do we still think of living things in this way?

Levels of Nothing. There Are Multiple Answers to the Question of Why the Universe Exists (Skepticality) Why Not Nothing? What guides me here is gut feeling, not clever reasoning, which is why no argument has ever dissuaded me from continuing to think, following Leibniz, that Nothing, no world, would be simpler and easier than any world, that Nothing would have been the least arbitrary and “most natural” state of affairs.

Four Reasons You Shouldn't Exist (Slate) We're lucky life began on Earth at all, of course, and that something as complex as humans evolved. It was improbable that your parents met each other and conceived you at just the right instant, and their parents and their parents and so on back to time immemorial. This is science’s way of reminding you to be grateful for what you have.

But even so, I have news for you: It's worse than you think. Much worse.

The 20 big questions in science (Guardian)

We still don’t really know how bicycles work (New Statesman) Forget mysterious dark matter and the inexplicable accelerating expansion of the universe; the bicycle represents a far more embarrassing hole in the accomplishments of physics.

Wait a Minute, Does Math Actually Exist? (Gizmodo)
Posted by escapefromwisconsin at 8:49 PM