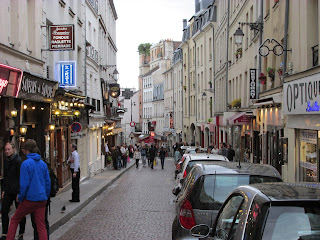 People forget that working huge numbers of hours is associated with low productivity and poverty, not wealth and progress.


A new survey from UBS has shown that the French continue to work the least amount of hours per year in the world. Once again, the French have blown away the competition.

People work an average of 1,902 hours per year in the surveyed cities but they work much longer in Asian and Middle Eastern cities... People in Lyon and Paris, by contrast, spend the least amount of time at work according to the global comparison: 1,582 and 1,594 hours per year respectively.

Upon seeing this data, some might criticize the French for being lazy, but that misses the point completely. The real message here is that the French are likely some of the most productive people in the entire world.

Think about it. Nationmaster ranks France as #18 in terms of GDP per capita, at $36,500 per person, yet France works much less than most developed nations. They achieve their high standard of living while working 16% less hours than the average world citizen, and almost 25% than their Asian peers as per UBS. Plus, if you visit France you'll also realize that their actual standard of living is probably much higher than GDP numbers would indicate.

Thus, if one were to divide France's GDP per capita by actual hours worked, you'd probably find that the French are achieving some of the highest returns on work-hours invested. Labor Alpha, if you will.

We can actually calculate this Labor Alpha using statistics from Nation Master.

This puts the French Labor Alpha at about $0.50 GDP/Capita/Hour over the US.

French: The Most Productive People In The World (Business Insider) I can vouch for the high living standards part, at least in Paris.
Posted by escapefromwisconsin at 8:49 AM