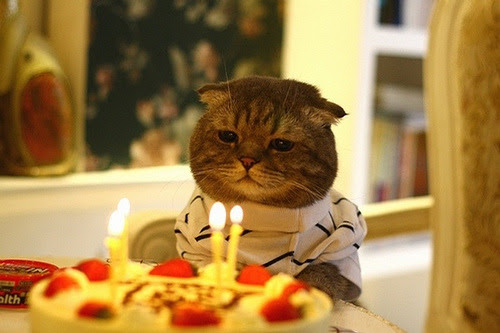 Blogging’s been a little light lately and may get lighter – I’ve been swamped at work, have a side project going (some fun designs for Milwaukee’s oldest urban garden), and have managed to acquire something of a social life :-). Hopefully everybody’s on vacation.

Today’s my 40th birthday. I never thought I would be this old. I wish I could celebrate more, but it’s Monday and all that. At some point you realize that there is more sand in the bottom of the hourglass than the top, and you wonder where it all went. But enough of that.

Anyway, briefly, In the spirit of The Onion:

According new a new study, the cost to the global economy of total and complete human extinction would be approximately 500 trillion dollars.

“That’s a huge amount”, said the lead author of the study from the Miskatonic University economics department, Dr. Paul Gradgrind.

“It makes one think about the potential economic impact of human extinction, and the harm that would ensure for future economic growth,” he said.

“We’ve run the numbers, and we believe that we can reasonably estimate the elimination of every human life on earth as costing 500 trillion over perhaps the next decade.”

Calculating the impact to the economy of the removal of the human species for the rest of the planet’s history was a difficult task facing the economists.

“There are a lot of variables involved. When you think of all the goods and services humans provide, as well as their value as consumers, you realize just how large the number is,” he added.

“We need to make an economic case that preserving the human species will be cost-effective in the long-run,” he said. “We believe this study does that. Maybe now, we can convince the world’s leaders to take action.”

The study has its critics, however.

“Attempting to head off human extinction would harm economic growth and hurt the market,” said Dr. J. Goebbels of the Heritage Foundation, one of the study’s lead critics. The study was also pilloried in The Wall Street Journal.

“We believe that human extinction can be managed through market forces, as long as they are free from government interference,” argued an editorial in The Journal on Monday.

“Preventing human extinction will cause serious damage to economic growth,” said Dr. Goebbels. “We believe these numbers are wildly exaggerated” he added.

Inspired by this: http://www.treehugger.com/climate-change/methane-major-problem-60-trillion.html
Posted by escapefromwisconsin at 5:54 PM