Why Americans Don't Get Vacation

This is a fascinating article I wanted to post last year, and fortunately Naked Capitalism is running it again this year. It paints a rather depressing portrait which seems to lead to the conclusion that early on in American history, the elites perfected the art of making Americans believe whatever those in power wanted them to believe: unions are evil, vacation is bad, inequality is justified, etc:

There's a personal angle to this story as well. Many of my relatives are German-American. Yet absolutely none of our heritage persists. We lost our language and our customs, and became completely "Americanized." I remember my grandmother telling me how ashamed she and her siblings were that their parents didn't speak English (they spoke Plattdeutsch). Yet aside from a few words, my grandmother knew no German. After the war, my grandparents completely went along with the program, built a house in what were then the suburbs (now the city) and raised two kids, my mom and my uncle. It was the perfect nuclear family in the perfect Happy Days setting.*

Now, of course, it's all falling apart. Maybe it's a good thing they didn't live to see it. Roosevelt Democrats became Reagan Republicans. Once they got prosperity, they figured nothing could take it away. They were wrong. And the white working classes were played like a fiddle.

But back to the story. I know that several family members immigrated around World War I, and being German, would certainly be under suspicion. I can recall seeing an immigration passport of a relative identifying him as an "enemy alien" during World War I. And in Milwaukee, Germans brought their socialist ideas along with them from Central Europe - Milwaukee was a center of European socialism and trade unions in America and had socialist mayors until the 1960's.

So it makes sense that we became flag-waving, patriotic, English-speaking Americans, burning bridges, abandoning our heritage and ties to the Old World. We became the perfect Americans. A few German things like beer and bratwurst were so popular they got folded into the American culture here, but other than that, no trace remains. But now that looks like a bad move. Other immigrant groups like say from Italy and Greece, seemed to have maintained their cultural ties, their old world family structures, and their language. They seem to be much better off. In my case, my family is now extinct.


A wave of migration from 1890 to 1910 left many citizens concerned that they were a threat to the American way of life. Needless to say, corporations were opposed to restrictions on immigration, since these migrants were willing to accept pretty much any work. Thus the initial alignment of interests was that whole swathes of American society were allied with the nascent labor movement in opposing immigration. And this occurred when even conservatives saw concentrated corporate power as a threat to American values (witness the trust busting movement, the success of the Progressives).

Big business split these fair weather friends by promoting an Americanization movement. These foreigners simply needed to be socialized: taught to speak English, inculcated in American values. In addition, the radical Industrial Workers of the World had become a force to be reckoned with, culminating in its success in the Lawrence textile mill strike in 1912. So even though labor unions were particularly hostile to immigrants, the IWW’s leadership role made it possible to cast unions as subversive, a symbol of foreign influence.

And Germans ended up colonizing much of Middle America in the late nineteenth/early twentieth century: 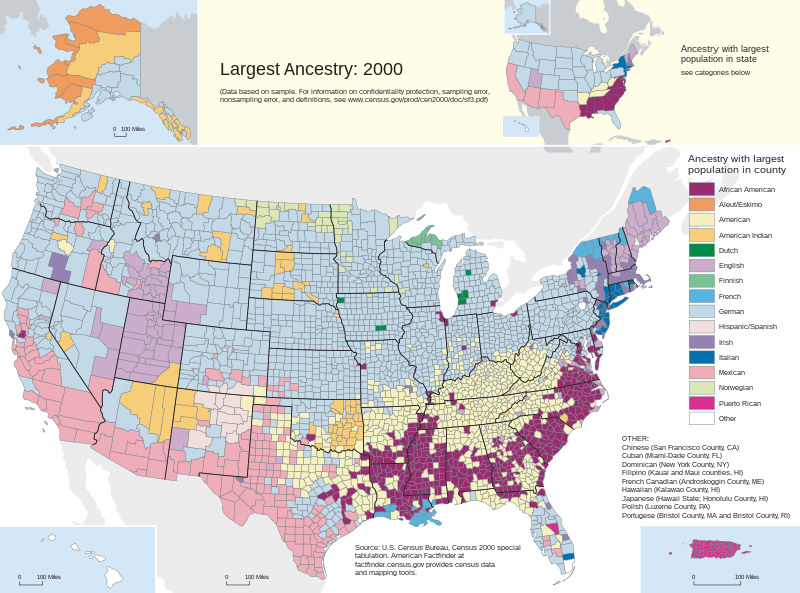 Well, in keeping with American tradition, it looks like I'll be working tomorrow. Sigh. At least I'll be off next Friday for going out of town.

*As a side note, why is it that even though Happy Days is set in 1950's Milwaukee, there are no German or Polish names? Everyone is Irish or Italian. What gives?


In its latest update on vacation and holiday rules among developed countries, the Center for Economic Policy and Research notes that the United States remains alone as the only rich nation without legally mandated vacations for employees, and with no requirement that official holidays come with extra pay and a compensating day off.

The closest (miserly) competitor is Japan, where workers are guaranteed at least 10 days off with pay. The Austrians may be all about northern European frugality, but their paid time off tops the heap: 22 vacation days, 13 holidays, and a month’s pay to help with vacation expenses. And if you hang around a place for six years, you can swing 49 days off with pay. If you count weekends, that’s 153 days off vs. 212 days of work in a year – or a goof-off-to-work ratio of .72.

Pretty sweet, although all of Europe fares well — from the crisis-stricken Greeks (four weeks off plus six paid holidays) to the laissez-faire French (30 days vacation and one holiday) to the hard(ly?) working Germans (20 vacation days plus 10 holidays or, dare we say it, as much as the French).