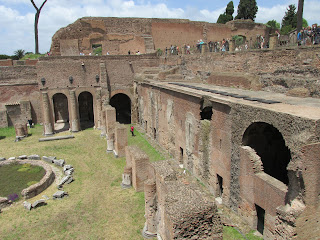 I'll present these without comment. Note the bolded parts.


Michigan Governor Rick Snyder has said Detroit may have hit rock bottom with its bankruptcy filing, but the move will reverse decades of decay.

The Republican said the city - once the birthplace of the US car industry, now groaning under $18bn (£12bn) of debt - deserves a fresh start.

Detroit has faced decades of problems linked to industrial decline. Public services are nearing collapse and about 70,000 properties lie abandoned.

Gov Snyder said the city had filed for bankruptcy on Thursday because it was "basically broke".

"We're the comeback state in Michigan, but to be a great state we need Detroit on the path to being a great city again," he told Friday's news conference. "Now is the opportunity to stop 60 years of decline," he added."We will come out with a stronger, better Detroit and a format to grow this city. The citizens of not just this city but the state deserve it."

Stronger than ever, huh? Just like Rome after the sack by the Vandals in 455, no doubt. What was that Dmitry Orlov said about delusional thinking being epidemic in America? Here's a reality check:


Mr. Orr has said that as part of any restructuring he wants to spend about $1.25 billion on improving city infrastructure and services. But a major concern for Detroit residents remains the possibility that services, already severely lacking, might be further diminished in bankruptcy.

About 40 percent of the city’s streetlights do not work, a report from Mr. Orr’s office showed. More than half of Detroit’s parks have closed since 2008.

Oh, but Detroit, while the biggest, is hardly alone in facing hard times:


The debt in Detroit dwarfs that of Jefferson County, Ala., which had been the nation’s largest municipal bankruptcy, having filed in 2011 with about $4 billion in debt. The population of Detroit, the largest city in Michigan, is more than twice that of Stockton, Calif., which filed for bankruptcy in 2012 and had been the nation’s most populous city to do so.

Other major cities, including New York and Cleveland in the 1970s and Philadelphia two decades later, have teetered near the edge of financial ruin, but ultimately found solutions other than federal court. Detroit’s struggle, experts say, is particularly dire because it is not limited to a single event or one failed financial deal, like the troubled sewer system largely responsible for Jefferson County’s downfall.

Meanwile, on the east coast, in a story that is unintentionally hilarious:


But how has a city in America's east come to own so many Wild West artefacts?

According to Arlan Ettinger of Guernsey's Auctioneers, it was the brainchild of former Harrisburg Mayor Stephen Reed, who was in office for 28 years. "He had a vision for producing and creating a museum devoted to America's West - the old West, which is the stuff cowboys and Indians are made of," says Mr Ettinger.

"Although his concept was universally applauded, how he went about achieving the goal wasn't exactly, dare I say it, kosher."

But the recession meant that the Wild West museum never got off the ground - instead these items sat in a dusty warehouse in the city's suburbs for years. Sheila Dow-Ford was one of many residents who came to walk around the warehouse ahead of the sale, recording on her iPad what she sees as public money misspent."It is representative of a government that was out of control, where there were no restraints," she says. "It is symbolic of how, if you allow one person carte blanche, this is what can happen."

But this museum project is just a small part of the problem - and the money raised will go towards easing a cashflow crisis the city's facing. The bulk of Harrisburg's debt - some $350m (£230m) - comes from the city's incinerator, which rather coincidentally is right next door to the Wild West warehouse. Harrisburg owes this money thanks largely to municipal bonds it guaranteed to finance the overhaul and improvements of the city's incinerator. When the incinerator failed to make back the money that the city had invested in it, that led to Harrisburg filing for bankruptcy in 2011. But that was a move that was ruled illegal, so Harrisburg was eventually put into state receivership to help oversee the city's financial recovery. A plan has now been put together to improve its finances by selling the incinerator as well as other city assets to help pay back creditors.

The past few years have been hard on Harrisburg's residents. According to Robert Philbin, the chief operating officer for the city of Harrisburg, income and property taxes have risen, jobs have been cut and so have some city services. But he says things are getting better.

"We're on the cusp of a recovery - we just need to communicate that and get some optimism going in the city and it's out there," he says. "People who realise what's going on with the liquidation from the assets are aware that that's imminent and we've got a better future to look towards in 2014."

Yes, delusional thinking all around. It's the real national pastime. Unfortunately, reading on, reality is not so kind:


But Matt Fabian of Municipal Market Advisors in Concord, Massachusetts, says the money the city is raising is still not enough to pay off what's owed on the incinerator bonds.

"They are depending on the bond insurers to just forgive - and there's no way that will happen," says Mr Fabian. "Harrisburg has major issues that are not even close to being reconciled."

What a bad mental attitude! In corporate America, he would be fired or demoted immediately. Remember, America is not collapsing, it's better than ever!

Here's a tip: cities auctioning off their property is rarely a sign of a brilliant future. Today I recalled that for literally as long as I can remember, we've been "tightening our belts." In fact, except for some euphoric periods during our various bubbles (Dot-com, real estate), I cannot recall a period in my lifetime where things were not worse than the previous year. I'll leave the final word to one James E. Spiotto:


“It’s not enough to say, let’s reduce debt,” said James E. Spiotto, an expert in municipal bankruptcy at the law firm of Chapman and Cutler in Chicago. “At the end of the day, you need a real recovery plan. Otherwise you’re just going to repeat the whole thing over again.”


BBC Documentary: Requiem For Detroit from Logan Siegel on Vimeo.
Posted by escapefromwisconsin at 3:48 PM