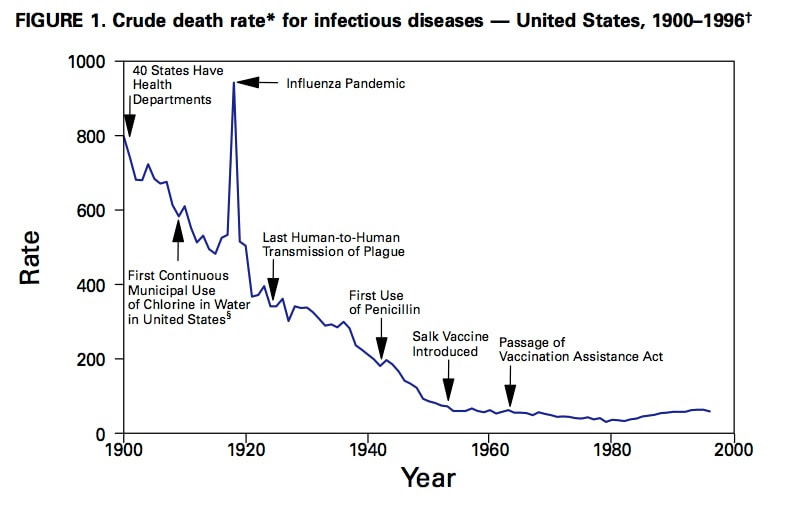 I had a thought today about how our economic system  has a tendency to turn beneficial things into crises.

Take people living longer. Now, normally, you would think of this as a great success. In fact, it’s touted as a major success of the industrial regime – our longer lifespans, and the fact that we don’t die as quickly from diseases that would have caused this to happen even a century ago.

Good right? Not according to the economy. Instead, we’re told that this is a major crisis, because there are now not enough workers to support retirees. So that means that even in a society as wealthy as ours, we need to cut back entitlements, and raise retirement ages, make people work longer, bring in new immigrants (even in conditions of high unemployment), and raise eligibility ages for health care to make it all work.

So we have more than enough technology to keep people alive longer, just no way to pay for it. This article illustrates it well:

“For all the millennia before this in human history,” Coburn says, “it was all about tuberculosis and diarrheal diseases and all the other infectious disease. The idea that anybody lived long enough to be confronting chronic diseases is a new invention. Average life expectancy was 45 years old at the turn of the century. You didn’t have 85-year-olds with chronic diseases.”

With chronic illnesses like diabetes and heart disease you don’t get better, or at least not quickly. They don’t require cures so much as management. Their existence is often proof of medicine’s successes. Three decades ago, cancer typically killed you. Today, many cancers can be fought off for years or even indefinitely. The same is true for AIDS, and acute heart failure and so much else. This, to Coburn, is the core truth, and core problem, of today’s medical system: Its successes have changed the problems, but the health-care system hasn’t kept up.

No, our health-care system hasn’t kept up, because our “system” is a ridiculous kludge. Our economy is structured with the expectation that people will pretty much drop dead shortly after retirement. So we’ve invented ways to keep people with chronic diseases alive longer, something that should be regarded as good, yet our economic system turns it into a crisis because it can’t handle it. Does anyone else see the absurdity in this? In other words, the good things our technology brings are short-circuited by an economy designed to deal with scarcity and based around growth-based Ponzi dynamics.

A related “problem” is the shrinking population. I’ve written about this at length before. Several commentators say we need to grow our population, otherwise our economy will shrink. So, why shouldn’t it shrink if there are less people? An economy only needs to be big enough to give people decent lives under it. Why must it always grow? Yet the shrinking population is turned to a crisis because our economy needs to grow, and once again, we need enough workers to support retirees. And isn’t it ridiculous to assume that there will always be more workers than retirees, meaning a growing population in perpetuity?

Or consider this fact: US carbon emission have fallen to their lowest levels since 1994. Miles driven has declined too. Good news, right? Well, it would be if we weren’t dealing with conditions of mass unemployment, recession, and mountains of debt.


I got the sense from the call that Baxandall doesn’t think it’s temporary, which isn’t a bad thing depending on where you sit. “It’s going to mean less pollution and oil consumption, less stress on our existing roadways, and less need for new and wider highways,” he said. But there’s bad news for some. There will be more risk for public-private toll ventures, shrinking North American auto sales, and the amount of federal tax revenue collected through gasoline sales is going to fall significantly — a combination of more efficient vehicles, electric vehicles and reduced driving. “We can no longer continue to believe there will be an increase in driving,” he added. “Policy in our country has yet to catch up to these trends and still reflect old driving assumptions.”


Or the classic example – productivity, another thing I’ve written about extensively. Look at the paradox – we have made massive investments in IT, mechanization, automation, and robotics that allow us to do things faster, and cheaper, and to access all the information and goods we need for ourselves at our fingertips. We can manufacture goods with hardly any labor at all. We have “lean” systems that operate with very little waste.

Yet, rather than the good results, we get mass unemployment, declining tax revenues, makework schemes, etc. Those with jobs work ever longer and more brutal hours while the loss of jobs has turned major American cities into benighted dystopian ghost towns.

We can’t deal with abundance, even when we create it. Our economic system requires things to be scarce. Even in situations where things are abundant, it enforces artificial scarcity. Look at all the increasingly ridiculous copyright controls on the Internet. Software is now going to "subscription services" just to keep the money rolling in. And how many times have you heard about a great idea on the Internet, with the catch being’ how do we pay for it?’ Lots of people like Facebook, but it has to come up with ever-more insidious ways to hawk our data and shove ads down our throats because it has to make money. How many wonderful podcasts and blogs are out there, but the creators struggle to make them pay?

By the logic of the economic system, we must always have a greater number of workers working longer hours and living shorter lives. Once this treadmill stops, society falls apart.

If we increase efficiency and automation, then we don’t have enough jobs. And if there is too much abundance, the market crashes. Our economic system says it’s cheaper to use polluting energy than clean energy. It says it’s better to have chronically sick people than healthy ones. WTF? From the article cited above:


Brenner puts it more vividly. “There is a bias in medicine against talking to people and for cutting, scanning and chopping into them. If this was a pill or or a machine with these results it would be front-page news in the Wall Street Journal. If we could get these results for your grandmother, you’d say, ‘Of course I want that.’ But then you’d say, what are the risks? Does she need to have chemotherapy? Does she need to be put in a scanner? Is it a surgery? And you’d say, no, you just have to have a nurse come visit her every week.”

There are all sorts of wonderful ideas out there about how to make a better world. All that we lack is the money. So when people say money facilitates things, I hang my head. Money seems to be the main barrier to progress today, not its facilitator. Every good idea, from high-speed trains to aquaponics to conservation schemes to local food cooperatives just can’t seem to pass the ruthless culling of “the market.” Maybe it’s time we stopped letting the market determine absolutely everything. We got of rid of famines only to ensure that the artificial booms and busts of the market system will cause concomitant levels of misery and hardship for people even in the midst of food and material abundance. Again I ask, WTF?

We have an economic system that turns beneficial things – lower carbon emissions, shrinking populations, longer lifespans, increased automation, greater productivity, greater efficiency, digital communications – into emergencies. How can an economic system be said to be beneficial if it turns the benefits of human ingenuity into permanent crises that it cannot solve?

May I make a moderate proposal – how about we put our heads together and come up with an economic system that allows us to enjoy of all the benefits of human ingenuity that we’ve invented without causing massive crises. Our economic system is an archaic system predicated on sickness, scarcity and drudgery. We need another model. And we need it soon, otherwise sickness, scarcity and drudgery will be all we have left.
Posted by escapefromwisconsin at 5:13 PM