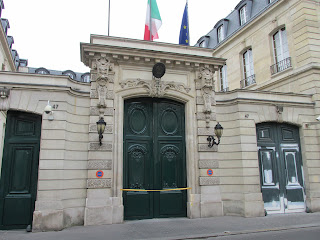 The great global cities – notably New York, London, Singapore, Hong Kong and Paris – are unprecedentedly desirable. At last week’s fascinating New Cities Summit in São Paulo, the architect Daniel Libeskind said: “We live in a time of renaissance … cities are coming back to life, after a long neglect.” Edward Luce chronicled the urban revival in last Saturday’s FT Magazine. However, there’s an iron law of 21st-century life: when something is desirable, the “one per cent” grabs it. The great cities are becoming elite citadels. This is terrifying for everyone else.

At the New Cities Summit I had a coffee with Saskia Sassen of Columbia University, leading thinker on cities. That took some doing: Sassen arrived from Bogotá that morning, and was flying to Zurich hours later. “Cities were poor,” she told me, in between. “In the 1970s London was broke, New York was broke, Tokyo was broke, Paris was much poorer than now. And the built environment was a bit run down.”

First, the working classes and bohemians were priced out. Nowadays the only ribald proletarian banter you hear inside Paris is from the market sellers, who don’t live there anymore.

That was gentrification. Now comes plutocratisation: the middle classes and small companies are falling victim to class-cleansing. Global cities are becoming patrician ghettos. In 2009, says Sassen, the top 1 per cent of New York City’s earners got 44 per cent of the compensation paid to its workers. The “super-prime housing market” keeps rising even when the national economy collapses. After Manhattan, New York’s upper-middle classes are being priced out of Brooklyn. Sassen diagnoses “gradual destruction”.

Global cities are turning into vast gated communities where the one per cent reproduces itself. Elite members don’t live there for their jobs. They work virtually anyway. Rather, global cities are where they network with each other, and put their kids through their country’s best schools. The elite talks about its cities in ostensibly innocent language, says Sassen: “a good education for my child,” “my neighbourhood and its shops”. But the truth is exclusion.

When one-per-centers travel, they meet peers from other global cities. A triangular elite circuit now links London, Paris and Brussels, notes Michael Keith, anthropology professor at Oxford. Elite New Yorkers visit London, not Buffalo. Sassen says: “These new geographies of centrality cut across many older divides – north-south, east-west, democracies versus dictator regimes. So top-level corporate and professional sectors of São Paulo begin to have more in common with peers in Paris, Hong Kong et cetera than with the rest of their own societies.

Priced out of Paris. Our great, global cities are turning into vast gated citadels where the elite reproduces itself. Simon Kuper, Financial Times. Earlier in the year, we saw this phenomenon in London: How the global hyper-rich have turned central London into a lights-out ghost-town (BoingBoing)


Without any such efforts, it's indeed likely that these citadels will become unsustainable. Cities where only the super-rich can live will cease to function like cities are supposed to. Much of what we understand about what makes urban clusters of people so powerful is tied directly to their inherent diversity, to people of varying skills and incomes and ideas bumping into each other. That is the theoretical view. The reality is also this: Rich hedge fund managers will always need people to pour them coffee.

Are Global Cities Really Doomed to Become 'Citadels' for the Rich? (Atlantic Cities)


BEIJING — China is pushing ahead with a sweeping plan to move 250 million rural residents into newly constructed towns and cities over the next dozen years — a transformative event that could set off a new wave of growth or saddle the country with problems for generations to come.

The government, often by fiat, is replacing small rural homes with high-rises, paving over vast swaths of farmland and drastically altering the lives of rural dwellers. So large is the scale that the number of brand-new Chinese city dwellers will approach the total urban population of the United States — in a country already bursting with megacities.

This will decisively change the character of China, where the Communist Party insisted for decades that most peasants, even those working in cities, remain tied to their tiny plots of land to ensure political and economic stability. Now, the party has shifted priorities, mainly to find a new source of growth for a slowing economy that depends increasingly on a consuming class of city dwellers.

The shift is occurring so quickly, and the potential costs are so high, that some fear rural China is once again the site of radical social engineering. Over the past decades, the Communist Party has flip-flopped on peasants’ rights to use land: giving small plots to farm during 1950s land reform, collectivizing a few years later, restoring rights at the start of the reform era and now trying to obliterate small landholders.

Across China, bulldozers are leveling villages that date to long-ago dynasties. Towers now sprout skyward from dusty plains and verdant hillsides. New urban schools and hospitals offer modern services, but often at the expense of the torn-down temples and open-air theaters of the countryside.

“It’s a new world for us in the city,” said Tian Wei, 43, a former wheat farmer in the northern province of Hebei, who now works as a night watchman at a factory. “All my life I’ve worked with my hands in the fields; do I have the educational level to keep up with the city people?

China's Great Uprooting: Moving 250 Million Into Cities (New York Times) Stuart Staniford comments, "It sounds like farmers are being forced off their land wholesale and into cities at an enormous pace.  Makes enclosure sound positively humane." James Howard Kunstler comments, "Such are the tragic sorrows of late-blooming techno-industrialism that China is doing exactly the opposite of what the future requires — namely, destroying the basis for small-scale local food production. But, not to put too fine a point on it, China is fucked. They are simply in the hopeless zone of population overshoot and resource scarcity." I'm not sure what to think. But one thing I am sure of is that David Harvey's right - underlying mass urbanization is a push to keep capitalism and consumerism going at all costs. From the article:


The primary motivation for the urbanization push is to change China’s economic structure, with growth based on domestic demand for products instead of relying so much on export. In theory, new urbanites mean vast new opportunities for construction companies, public transportation, utilities and appliance makers, and a break from the cycle of farmers consuming only what they produce. “If half of China’s population starts consuming, growth is inevitable,” said Li Xiangyang, vice director of the Institute of World Economics and Politics, part of a government research institute. “Right now they are living in rural areas where they do not consume.”

Skeptics say the government’s headlong rush to urbanize is driven by a vision of modernity that has failed elsewhere. In Brazil and Mexico, urbanization was also seen as a way to bolster economic growth. But among the results were the expansion of slums and of a stubborn unemployed underclass, according to experts.

“There’s this feeling that we have to modernize, we have to urbanize and this is our national-development strategy,” said Gao Yu, China country director for the Landesa Rural Development Institute, based in Seattle. Referring to the disastrous Maoist campaign to industrialize overnight, he added, “It’s almost like another Great Leap Forward.”

See Urban Class Warfare: Are Cities Built for the Rich? (Der Spiegel) Today's class struggles are increasingly taking place in cities, says Marxist and social theorist David Harvey. In an interview with SPIEGEL ONLINE, he discusses how urbanization will play a key role in social conflicts to come.


Harvey : Urbanization is a channel through which surplus capital flows to build new cities for the upper class. It is a powerful process that newly defines what cities are about, as well as who can live there and who can't. And it determines the quality of life in cities according to the stipulations of capital rather than those of people.

Posted by escapefromwisconsin at 6:40 PM