A Remembrance of Things Past

It's amazing to remember that only one hundred years ago we were building things like Grand Central Station. 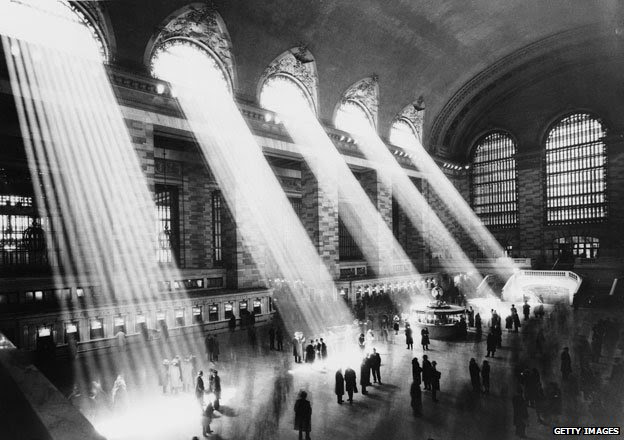 It also amazing to remember that fifty years ago we were tearing them down:

No city epitomised the wealth, the energy, the dynamism and the aspirations of early 20th Century America more fully or completely than New York, which now became the first great global metropolis of the western hemisphere.

But it was already more than just that, for by the 1900s, it had become, pre-eminently, the one city in the world where it seemed as though the future was already happening, as had earlier been true of London in the 1800s, and as is true in our own time of Shanghai and Singapore.

So it was entirely fitting that Penn Station and Grand Central were conceived and constructed on the most lavish scale, as triumphal departure points for those travelling great distances across a land of teeming possibilities, and as monumental entrances for those many people who were visiting New York to get a glimpse of the future.

All this meant that in the America of Edith Wharton and Henry James, travelling by train, and arriving and leaving great cities and great stations by train, was an ennobling experience and an exhilarating adventure. But within half a century, the picture had changed dramatically, for while the US continued its seemingly inexorable journey to global greatness and unprecedented affluence, it no longer did so on the trains.

By the 1950s, they were being superseded by the plane and the automobile. The railroad companies were losing money and would soon be heading for bankruptcy, and the once-proud stations were left to moulder and decay as anachronistic and expensive behemoths, standing in the way of modernity, and progress - and real estate development.

Accordingly, in 1963, just a year after the destruction of the great arch that had formed the ceremonial entrance to Euston Station in London, the soaring roofs and the granite halls of New York's Pennsylvania Station were reduced to rubble. All of the columns and much of the sculpture were unceremoniously dumped into the New Jersey wastelands on the other side of the Hudson River.

The contrast with the power and the glory of the majestic edifice that had been there before could scarcely have been more dispiriting, and the great architectural historian Vince Scully described it unforgettably. In earlier times, he said, you had entered New York like a god, but now you scuttled in like a rat. 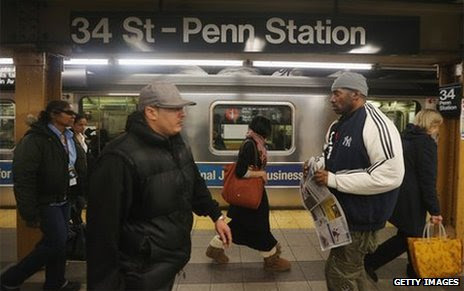 A Point Of View: Grand Central, the world's loveliest station (BBC News) Was it the autombile that created our obsessive cult of individuality? Or is it a product of it? One thing is for sure, works like those above will never come again.

"We are an impoverished society. It is a poor society indeed that can't pay for these amenities; that has no money for anything except expressways to rush people out of our dull and deteriorating cities." - Ada Louis Huxtaple

The Baths of Caracalla today:

Posted by escapefromwisconsin at 3:22 PM