Are People Getting Dumber And Less Violent?

So there was recently a story about a professor who claimed that humans were becoming steadily less intelligent since the dawn of agriculture. Here was the first article I saw in it. here’s the Guardian article that was on Naked Capitalism and Ran’s page. Even The Onion has it covered. The money quote:


I would wager that if an average citizen from Athens of 1000 BC were to appear suddenly among us, he or she would be among the brightest and most intellectually alive of our colleagues and companions, with a good memory, a broad range of ideas, and a clear-sighted view of important issues. Furthermore, I would guess that he or she would be among the most emotionally stable of our friends and colleagues. I would also make this wager for the ancient inhabitants of Africa, Asia, India, or the Americas, of perhaps 2000–6000 years ago.

And I love this:


In the past, a hunter-gatherer who wasn't capable of devising a plan to fight off saber-toothed tigers probably died, whereas in modern times, a Wall Street executive who makes a similar mistake is instead rewarded with a substantial bonus and becomes more attractive to a potential mate.

What can I say? My gut says he’s right but I can’t prove it. Just look at any newspaper or textbook from the eighteenth or nineteenth century. Look at the works of the Renaissance. And I always contemplate that the plays of Shakespeare, whose lyrical command of the English language has never been surpassed, were the common man’s “popcorn" entertainment of the time! Today we get Here Comes Honey Boo-Boo and Hoarders. 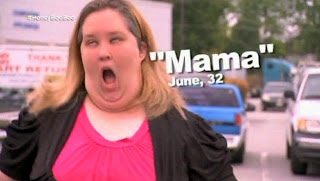 From my understanding, this professor was not contending that this was actually true, he was merely hypothesizing it, and actually hoped it wasn’t true. He merely called for further investigation. His point was that without a weeding effect, certain natural mutations would put downward pressure on intelligence. He seems to have been advocating more research to determine the validity of the concept, maybe via computer modelling by geneticists, not time travel to ancient Greece. It makes sense though - with our heroic medical technology allowing much less healthy people to breed, the weeding effect has been curtailed and we’ve become much, much less physically robust on average since the dawn of agriculture, and particularly so since the dawn of industrialism.

Whenever we reached our zenith of intelligence, I suspect we’ve been cruising on momentum ever since. As James Burke’s series Connections documents so well, inventions are built on one observation after another, along with necessity and circumstance, which is why it’s foolish to talk of inventions happening “before" their time. And when it is their time, they will be invented like it or not - Thomas Edison often had to get to the patent office ahead of other inventors who were working on the same things. That's why seem so advanced today - we're standing on the shoulders of giants with the benefits of all that past discovery. Once we had our fully “modern” brains, forged in the template of the Ice Age (and possibly the Toba eruption), we were probably inexorably set on this path. Thus, we’ve always contained the seeds of our own devolution.

One other note: humans have become domesticated, and domesticated animals are always dumber than than their wild counterparts. Also, society has changed us from predators to herd animals. Predators have to be smart to get their meal, herd animals do not. Civilization acts as our “herd."

So how do we explain the super geniuses we hear about so often who graduate from college at a age seven and compose symphonies in diapers? I suspect it has something to do with associative mating. In the past, your mating options were severely constrained by culture, geography (distance), and tradition. Now we’ve created institutions where a genius chemist can meet and marry another genius chemist, a brilliant musician can meet another brilliant musician, and a gifted athlete can marry another gifted athlete. Thus, I suspect we’re pushing toward extremes even as the average goes down. How many people a century ago past had parents who were both basketball players, or both college professors? This article contends that this plays a role behind increasing autism rates, and I think it’s onto something (I would also point out the increased age of parents):

Childhood Autism and Associative Mating (Marginal Revolution). Cowen comments: If you are in some way genetically “extreme,” and suddenly better at finding/pairing with similar extremists, the numbers of that type in a population can rise relatively rapidly.

And about the so-called Flynn effect? I tend to be partial to the idea that it measures one specific type of intelligence - test taking intelligence: following orders, filling in the right blanks, and thinking in generalized and systemized abstractions. This is the type of intelligence highly favored by society, and has been for a long time in developed civilizations, meaning that those who have it will reproduce more. In reality, just like with dogs, we’re breeding for certain skills. I suspect this does not save us from the trend noted above, which is why our technical achievements seem to accelerate even as our art, politics, and social cohesion decline. But this is all idle speculation, of course.

Another reason for the rising I.Q. scores may be that we’re all becoming more autistic. I forget where I first heard the observation, but our society bears all the characteristics of an autistic individual - a tunnel-vision obsession with machines, technology, quantification, statistics, facts, systemization, etc. to the exclusion of all else, along with a difficulty understanding or relating to feelings, emotional needs and desires, social bonds, emotional satisfaction, love, affection, etc. Such things are not understood by the autistic individual, who cannot comprehend them, so they are completely dismissed, just like they are in economics. In addition, a savant is obsessively focused on the minutia of work to the exclusion of all else, often forgoing even physical needs like eating, sleeping and sex. Sound familiar? These are same things that an I.Q. test is measuring. Our entire society has taken on the very characteristics of an autistic person. But why?

Incidentally, the “Idiocracy Theory” has a formal name: dysgenics (not devolution as is often incorrectly stated).

And since we’re on the topic of change over time, in addition to getting dumber, we seem to be getting a lot less violent according to Steven Pinker. Are they related. This blog post covers some criticism of Pinker, notably from Black Swan author Nassim Nicholas Taleb:

Pinker’s book has generated a lot of heated discussion. One obvious observation is that the concept of a prison system only emerged in England in the late eighteenth century with the idea of the Panopticon and the Utilitarian ideas of Bentham. In the ancient world there were no prison buildings; for example, you can scour ancient cities in vain looking for a “jail” as we know it. Yes there were some holding cells, but these were mainly temporary, and medieval castles had their dungeons (and dragons), of course. There was no reason to hold anyone for any length of time; either they would be released or (more likely) executed.

Now it’s a massive sprawling industry containing a significant chunk of a nation's population at any one time, and every country has one. The prison system is as universal as democracy, capitalism and the nation state. Thus we’ve merely concentrated society’s violence into geographically isolated clusters, where once it was dispersed evenly throughout society. Essentially, we’ve concentrated violence (and poverty too), not reduced it. I heard a podcast recently where a prisoner was talking about the various gangs and cliques inside poison, and how you had to join one to survive. These groups used constant violence and the threat of it to secure their territory and physical safety. I thought to myself, this was how the whole world was in the past, not just prison. The whole world worked, in essence, on the prison dynamic. Now just prisons do as remnants of an earlier time (Chimpanzee tribes are similar, too).

I also suspect decreasing testosterone levels play a role here too. Levels have been declining for a while, and no one knows why. Many suspect environmental factors like BPA in milk bottles and xenoestrogens in plastics and foods like soy. I think there’s some genetic pressure towards lower levels here too. In the past you needed to be strong and aggressive; it was beneficial, and you got more mating opportunities. Now the “provider dad” wearing a sweater vest and tie is far more successful given our current situation; in a world where you have to sit still and passively absorb information as a child, and sit in a cubicle and follow orders as an adult, high testosterone is probably a liability more than an asset. Because you’re less valuable, you reproduce less. Again “domestication” takes its toll.

As for wars being less common, well, that’s a trickier one. I suspect the nation-state with its well-defined borders plays a role here. Too bad it’s being undermined and is falling apart. Now warfare is conducted by economic means rather than physical combat. In the past you had to seize land to seize command of more resources. Now it’s so much easier to use debt repayments and international tribute trade to do the same, without all that messy bloodshed, and violence is only required if someone refuses to play ball (and it’s still much easier to topple governments in that case, see Guatemala, Iran, Chile, Venezuela, et. al.). The Pax Americana has meant the U.S. has had to foot the bill to maintain the military threat of violence that underwrites the Western capitalism system. But how long will that continue?

ADDENDUM: For some dissenting views, see these from The Guardian:

Fragile intellect or fragile arguments?
Posted by escapefromwisconsin at 7:33 PM