Here is a tidbit from Slate columnist Matt Yglesias:


A useful reminder that it will forever be difficult to improve on electrification as a general purpose technology for human betterment:

Some mechanical spit-roasts in Elizabethan England were powered by geese or small dogs in a wheel.

And of course that's just one small case. In general, one either had to rely on human physical labor for everything or else use animal substitutes and deal with the enormous quantities of manure that resulted.

Now, of course we who are knowledgeable about Permaculture see this through an entirely different lens. To me, this is an amazingly clever idea. Where can I get one? It seems to be a portrait of time when people solved problems with the least amount of impact using what they hand on hand. Renewable forever, and the waste products can be used in the garden. Who needs fancy electronics? It's all in how you look at it, through the lens of "economic productivity" or through the lens of Permaculture (solving problems in a sustainable way using natural processes and the least amount of negative impact). And we used to live this way (but of course we know a lot more today about disease, science, medicine, etc.).

If you click through the link, you get an interesting and readable short paper on the horse manure situation in cities prior to the invention of the automobile. This story is one of the most common stories that is always trotted out about how doomers are always wrong and innovation solves all problems. We were going to be buried in manure three stories deep by 1930! Of course, no one saw the automobile being invented, so all the dire predictions were dead wrong. Humans always innovate, and crises are always averted by innovations we cannot even imagine or predict. Doomers will always end up looking silly in the long run, just like old Malthus. Case closed.

It's a nice just-so story. However, there are a couple of points that must be made. Note that The horse manure problem was not caused by using horses in transportation. This had been done for millennia. It was caused by the out-of-control growth and gigantism of cities brought by rapid industrialization. People we forced off of farms (where horses had been successfully integrated) and into teeming cities. There, a complete lack of proper housing, infrastructure, foresight and planning (libertarians, please note!), led to the conditions described in the article (no place to go with manure, inadequate places to stable horses, etc.). Note that the author even states that it was the enormous amount of goods brought in by rail that had to be transported which required the enormous amount of horses. Horses weren't the problem - they were one subset of problems caused by unplanned, disorganized industrialization. This is often forgotten (Lewis Mumford writes a lot about this).

Actually, curiously omitted from this article, is the fact that after the horse and before the private automobile, most American cities installed relatively safe, clean, efficient electrical streetcar transportation systems. Many of these streetcars were convenient, convivial, and even beautiful (although some disliked the unsightly overhead lines). While not one hundred percent safe (no mode of transportation is), they solved the horse problem much more elegantly and without the numerous downsides which were to emerge out of the "every person must have a car" attitude. And around that time as well the bicycle started becoming widespread, leading to the beginning of lobbying for better quality roads and streets. Bicycles were the first mode of transportation that offered individual freedom, and for a brief halcyon period, they, not the car, obliterated distance for the common man (and woman - bicycles were a precursor of feminism). 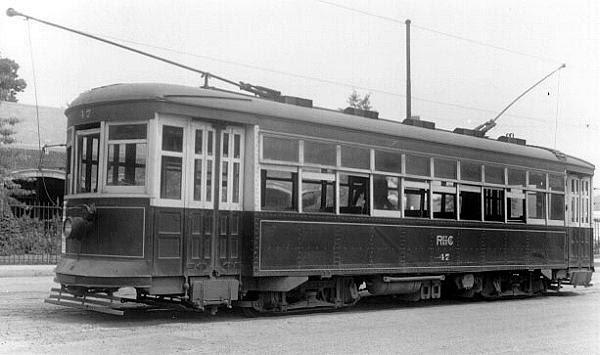 We all know what happened next. The oil/automobile companies bought the lines and had them ripped out to be replaced by buses which they made. Public transportation became demonized, and then associated exclusively with the poor and minorities (in contrast to Europe and Asia). Bicycles became relegated to kid's toys. Roads became the places for cars exclusively, driving all other uses away and inside.

But if you know the Vicious Circle Principle of Craig Dilworth, it's all familiar. Growth in urban areas causing a problem (manure and dead animals, causing unsanitary conditions and disease), forcing another "innovation" to be put into place (although the internal combustion engine certainly would have been invented anyway), leading to even more growth (bigger cities, suburban sprawl, automobile dependency), causing another set of problems (pollution, sprawl, Peak Oil, accidents, road rage, etc.), forcing us to have to "innovate" again (electric cars, biofuels, etc.) causing even more problems, with no easy way back thanks to the ratchet effect (bigger and bigger - forward or death!).

So we didn't "solve" anything, really - we just traded one set of problems for another, and with even less planning and foresight then before. And is the new problem even worse? Lately I've begun seeing these makeshift shrines almost everywhere by the sides of streets (there are several just in my neighborhood) where people were killed in auto accidents. In fact, more people die per year in auto crashes than in all of the world's conflicts. Was this true of horse fatalities? As for unsanitary conditions, how many were crippled and disabled by leaded gasoline before its effects were known? Did horses cause widespread asthma? Acid rain? Correct me if I'm wrong, but we never had to fight wars in the Middle East for horses, did we? And on top of all that, I still see hose-drawn carriages plying the streets (now a romantic "luxury" that couples will pay for) and sheriffs still ride them. And as for the social and economic effects, well, I don't even need to go into those.

So give me my dog and goose powered spit any day!

BONUS: some facts about food in Elizabethan times:


The Elizabethans believed in ‘head to tail’ eating, not wasting any part of the animal. This is something us modern squeamish and wasteful eaters could learn from. (If you think about it, the French and the Chinese, creators of two of the most renowned cuisines, still eat a lot o the animal, like tripe and sweetbreads.)

Tea and coffee were still unknown, so Sue and Giles missed them terribly (Sue was almost hallucinating about tea bags). People drank beer since water was undrinkable, and rich people had wine at dinner. Hippocras was a sweet mulled wine that was popular to drink near the end of a meal.

The Elizabethans loved pretty foods, like this sallet (salad) with lots of flowers. I have experimented a bit with edible flowers (nasturtiums are nice and peppery), but you really have to grow your own. I wouldn’t mind seeing this come back into fashion.

Back to the Elizabethans. Much of life was relegated by religious and royal command. People were allowed to only eat fish on Wednesdays, Fridays and Saturdays—this was expanding on the religious reasons for eating fish on Fridays, and was purely pragmatic. The Royal Navy, which needed to keep active to protect merchants ships going back and forth to the New World, harass the Spanish and so on, also doubled as a fishing fleet, and they needed to be kept afloat.

One key ingredient merchant ships brought back in bigger quantities was sugar. It was still a luxury item, so the rich tried to use it as much as possible. Queen Elizabeth liked sugary sweets so much that her teeth turned black. This was turned into a fashion, so all ladies blackened their teeth and whitened their faces, following the example of their Queen.

So after a week of heavy meat eating with plenty of fat and sugar, how did Giles and Sue fare health wise? Sue lost 4 kilo, and Giles lost 3 kilo and lowered his cholesterol.Sue was even told to regain the weight since she was now underweight. It’s like the Atkins Diet…but with sugar! The body is an odd thing.


In 1900, 34 percent of cars in New York, Boston and Chicago were powered by electric motors. Nearly half had steam engines...There are plenty of reasons Americans should have adopted electric cars long ago. Early E.V.’s were easier to learn to drive than their gas cousins, and they were far cleaner and better smelling. Their battery range and speed were limited, but a vast majority of the trips we take in our cars are short ones. Most of the driving we do has been well within the range of electric-car batteries for decades, says David Kirsch, associate professor of management at the University of Maryland and the author of “The Electric Vehicle and the Burden of History.” We drive gas-powered cars today for a complex set of reasons, Kirsch says, but not because the internal-combustion engine is inherently better than the electric motor and battery.

Why Your Car Isn't Electric (NYT)
Posted by escapefromwisconsin at 8:39 PM