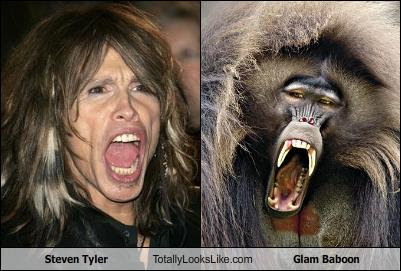 For the last 12 years, Seyfarth, Dorothy Cheney, a professor in Penn Department of Biology, and their colleagues have studied a troop of more than 80 baboons in the Okavango Delta of Botswana.  Their research explores the cognitive mechanisms that might be the basis of primate social relationships and how such relationships may have influenced the development of human social relationships, intelligence and language.

During the 12 years, the researchers have become familiar with the social organization of the baboon troop and documented the existence of stable, long-term familial hierarchies within the troop.  Baboon groups contain a number of adult females arranged in a linear dominance rank order. Each female offspring acquire ranks immediately below those of their mother, with the youngest offspring holding higher ranks than their older siblings.  The result is a social structure based simultaneously on rank and matrilineal kinship at least that is how it looks from the perspective of a human observer.

"We have watched the extended drama of baboon interactions and have a detailed understanding of the hierarchy of their relationships," Seyfarth said. "But this could be just idle anthropomorphism.  The big question is whether the baboons themselves have an equally sophisticated view of their society."

Dominant baboons make threatening grunts, which lower ranked baboons answer with supplicating screams.  The researchers tape-recorded the calls of known individuals, then used a computer to mix and match the grunts and screams to make it seem as if a lower-ranked baboon was effectively dominating a higher ranked baboon.  Then, in a playback experiment, the researchers played recorded interactions to individual baboons to see if there would be a response.  Some playbacks mimicked the existing hierarchy, whereas others mimicked a rank-reversal, either between two members of the same family or between two members of different families.

"Rank-reversals run counter to their expectations, and a baboon will momentarily pause and give a look, just as you might if you didn't quite believe what you had just heard," said Thore Bergman, lead author on the paper. "Our results demonstrated that these relationships were real and relevant to these baboons."

By analyzing video of the baboons' responses to various rank-reversals, Seyfarth, Cheney and their post-doctoral colleagues Bergman and Jacinta Beehner found that baboons respond more strongly to recordings mimicking rank-reversals between families than within families.

"Rank reversals within families are surprising, but rank-reversals between families are of potentially much greater importance and we see that the baboons recognize the significance of these events," Seyfarth said. "To do so, they must be astute observers, watching animals interact and deducing a social structure on the basis of what they've seen."

Baboons Identify Each Other by Status and Family; Such Abilities May Have Influenced Human Evolution (University of Pennsylvania)

Isn’t it ironic that those who refuse to believe that we are descended from lower orders of primates behave the most like them? And also It Pays To Be A Nice Baboon (LiveScience):


Like humans, baboons with good friends often enjoy better health and longer lives. Now research suggests the strength of a baboon's social circle depends less on its rank than its personality — and being nice pays off.

"These results have allowed us to, for the first time in a wild primate, link personality characteristics, social skill and reproductive success," researcher Robert Seyfarth, of the University of Pennsylvania, said in a statement. "By being a nice baboon, you increase the likelihood of having strong social bonds, which in turn translates to a better chance of passing on your genes."

In baboons' hierarchical societies, females inherit their rank from their moms, which determines their access to food and mates. But a higher rank and a bigger network of kin does not always lead to greater fitness and reproductive success, the researchers said.

"In fact, dominance rank is not as good a predictor of reproductive outcomes as a close network of social relationships and stable relationships over time," Seyfarth explained. "So our question became 'What predicts having a strong network?'"

Seyfarth and his fellow researchers observed 45 female baboons in the Moremi Game Reserve in Botswana over the course of seven years, paying close attention to each baboon's friendly or aggressive tendencies. The team also studied how long the baboons and their offspring lived and measured their stress levels by testing their droppings for certain hormones. Based on trends they saw in the baboons' behavior, the researchers lumped the females into three personality groups: "nice," "aloof" and "loner."

Nice baboons were friendly to all others regardless of status — they even reassured lower-ranking peers with grunts — and they formed strong social bonds with long-term grooming partners. Aloof females also had consistent grooming partners as well, but they formed slightly weaker bonds and were more aggressive to others, often reserving their grunts for higher-ranking females with infants. Both nice and aloof females had the health and reproductive benefits associated with strong social bonds, the researchers said.

Posted by escapefromwisconsin at 6:11 PM