You Can Solve All The World's Problems With A Garden.

I think we need a bit of good news today...


Jakob Bronowski included an eerie scene in his Ascent of Man series on TV. It's in his program on the origins of agriculture. It's a desert scene. An Arab woman passes through an entryway in the sand. She walks down, down, into the earth. Far under the surface she draws water from a long subterranean canal hewn through rock. The canal runs for miles. An aerial photo shows access shafts, a hundred feet apart, running down to the canal far below.

Geographer Dale Lightfoot writes about those watercourses. They're called qanats and they are remarkable constructions. The oldest ones we know about were built in Persia some 2700 years ago. Qanats were built throughout the fertile crescent. Then, when Islam spread Arab culture to the west in the 8th century, qanat building followed all the way to Spain, and beyond.

Qanats run under sloping ground. At the high end, a vertical mother shaft is dug down into an aquifer. A horizontal tunnel carries water away from the aquifer to the spot, maybe one mile away, maybe 40, where the tunnel meets the surface of the land. There, water emerges to irrigate low-lying farm lands. The access shafts let people lower themselves to the main tunnel in baskets. There they can draw water, or they can clear trash from the tunnel.

With all our pumps and power supplies, we have trouble understanding qanats. If we want ground water, we drill into an aquifer, pump the water out, and distribute it in pipes. But that wasn't possible until a few hundred years ago. While qanats take a vast investment of labor, once they're built they last until either the aquifer dries up or civilization forgets they're there.

Local people cut these vast tunnels through limestone and dense alluvial soil. The Romans weren't very inventive; but they fancied great engineering works. So they did a lot of qanat building after they conquered Syria. The irony of that is, modern Syrians speak of Roman qanats when they aren't a Roman idea at all. In any case, some 239 qanats are scattered through Syria alone.

The depth of those old water courses was anywhere from 30 to as much as 300 feet at the mother shaft, depending on the rainfall and the geology of the aquifer. The underground canals were typically five feet in height. With all that digging, these projects take their place right along with the ancient wonders of the world.

Engines of our ingenuity No 1250: WATER IN THE DESERT


When there’s no soil, no water, no shade, and where the sun beats down on you to the tune of over 50°C (122°F), the word ‘poverty’ begins to take on a whole new meaning. It is distinct and surreal. It’s a land of dust, flies, intense heat and almost complete dependency on supply lines outside of ones control. This is the remains of what was once called the ‘fertile crescent’. It is the result of thousands of years of abuse. It is a glimpse at a world where the environment – whose services provide for all human need – has all but completely abandoned us. This is a glimpse at the world our consumer society is inexorably moving towards, as our exponential-growth culture gorges itself at ever-increasing rates. … The work profiled in that clip demonstrates that humanity can be a positive element within the biosphere. Man doesn’t have to destroy. Man can repair.

Through this work we see desertification stopped in its tracks, and reversed. We see this century’s dire water issues getting resolved. We see productive work for millions in bypassing the irrelevant efforts of our ‘leaders’, to instead build a new kind of culture – a culture based on cooperative effort and learning. It’s a culture where its members have regained a sense of their place in creation, where they become land-based stewards of remaining resources; creating a culture where we at last find ultimate satisfaction – promoting and building peace and low-carbon, relocalised, community-based prosperity.


Many people were inspired by Geoff Lawton's original permaculture mini-movie on greening the desert in Jordan--an effort that turned 10 acres of arid, salty Jordanian desert into a lush productive garden. But how has it stood the test of time? As I noted in my post on volunteerism as the cheap oil of permaculture, many demonstration projects seem to be heavily reliant on free labor and free money. Sadly, it seems both have been in short supply for the Jordan project. So the result should be unmitigated disaster, right? Not so fast. If the video below the fold is correct, Mother Nature has stepped in to fill the vacuum. According to the update below, the Greening the Desert site has received no serious funding or management for 6 years, and yet a number of the plants seem to be thriving. Better yet, soil seems to be replenishing itself through the system of swales—a form of rain harvesting trench—that the original team put in. Impressive stuff. Now if they could only get some funding...


In Africa, charcoal is a formidable two-pronged scourge. Eighty percent of the continent's population uses the stuff to cook every day, and breathing in those emissions day in day out leaves millions with asthma, with respiratory sickness, or dead. Meanwhile, Africa is growing fast, and its booming population demands more and more fuel for cooking—so more and more forest gets hacked down to provide it. Charcoal for cooking is the big reason deforestation in Africa is speeding along at a rate twice the worldwide average. It's also around a $10 billion market.

So that's the stage. Enter CleanStar Mozambique with a bona fide, potentially profit-making, Big Idea: Get Africa on track to ditch charcoal by replacing it with clean-burning biofuels refined from cassava, an indigenous, locally harvested crop.

Now, I've reported on plenty of good-intentioned, Big Ideas aimed at improving the lot of the very poor. Water pumps for rural villages, soccer balls that store up energy, et cetera, et cetera. The crucial difference here is how painstakingly comprehensive CleanStar's planning has been: this isn't just a single product for sale or a one-off education effort. This is a meticulously developed supply chain, built hand-in-hand with locals, that reaches from the farmers harvesting cassava to the salesman hawking the biofuel.

So, CleanStar, and its strategic partner Novozymes, the world's leading enzymes manufacturer, shipped me out to the eastern corner of Africa take a look at the whole operation—which took four full days and spanned as many different cities and towns around Mozambique. I can truly and without bias say this: I've never quite seen anything like it. 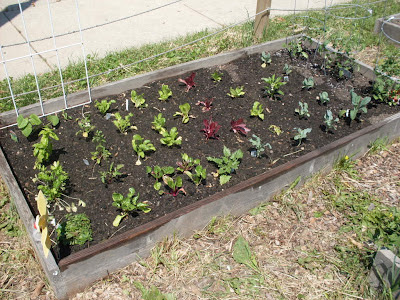 
Milwaukee, Wisconsin is a leading example of a city that has transformed in recent years. Once a large manufacturing hub, Milwaukee has seen its manufacturing sector, and its beloved brewing industry, decline. But even during its industrial heyday, the city had developed sustainable practices. For 90 years the city's public works department churned organic fertiliser out of the city's sewage. Now entrepreneurs are turning abandoned factory space and brownfield sites into urban farms such as Growing Power. Beer companies committed to sustainability, such as Lakefront Brewery, have revitalised neighbourhoods, source more local and organic ingredients and provide economic growth as they expand their businesses.

And green business is not limited to the city's gastronomical scene; Milwaukee also has a public-private scheme to boost solar energy installation in this city of 600,000. Green building and design are taking root in the city's old Pabst brewery. Even one of its most iconic companies, Harley-Davidson, is slowly increasing its green efforts, including the recycling initiatives that benefit other local businesses.

Tale of two cities: sustainability trailblazers in America's heartland (The Guardian)
Posted by escapefromwisconsin at 5:53 PM