We've covered this before: cross-laminated timber featured in The New York Times:


Developed in Europe in the 1990s, cross-laminated timber, or CLT, is among the latest in a long line of “engineered” wood products that are strong and rigid enough to replace steel and concrete as structural elements in bigger buildings. Already popular in Europe, CLT is only beginning to catch on in North America, where proponents say buildings made with the panels could be a cheaper and environmentally friendly alternative to structures made with those other materials.

The panels use a lot of wood: A typical eight-foot-high wall can contain more than six times as much as one made with conventional framing using two-by-fours. But with proper forest management, trees are a sustainable resource.

Moreover, the buildings have a low carbon footprint: Because trees remove carbon dioxide from the atmosphere through photosynthesis, the carbon stored in all those panels helps offset the greenhouse gases released in making and hauling the other building materials and in the actual construction.

And by using so much wood, cross-laminated timber buildings might also help solve a vexing problem in North America: what to do with millions of pine trees that have been killed by a widespread beetle infestation but are still standing in Western forests, posing a great fire risk.

A tall wooden structure would seem to be a collapse waiting to happen, but a building made from cross-laminated timber is stronger than a conventional wood-frame structure, in which two-by-fours and other relatively small components are tied together by materials like plywood and plasterboard.

“That’s one of the things we found difficult to get across, that timber panel construction is completely different from timber frame,” Mr. Thistleton said. “It’s got more in common with precast concrete construction.”

The panels are built up from narrow planks, about an inch thick, that are laid side by side to form layers. Like plywood, each succeeding layer — there can be as many as 11 — is laid perpendicular to the preceding one. The layers are glued and the entire sandwich is pressed and trimmed. Then, using computer-guided saws and drills, it is cut to the precise dimensions in the architectural plans, including window, door, plumbing and ventilation openings. Channels for electrical wiring can be cut into the panels.

At the construction site, the panels are hoisted into position and bolted together with metal brackets to build up the structure floor by floor. Construction can proceed fairly quickly — the Graphite Apartments were built in about two-thirds of the time it would have taken to construct a similar building in steel or concrete. 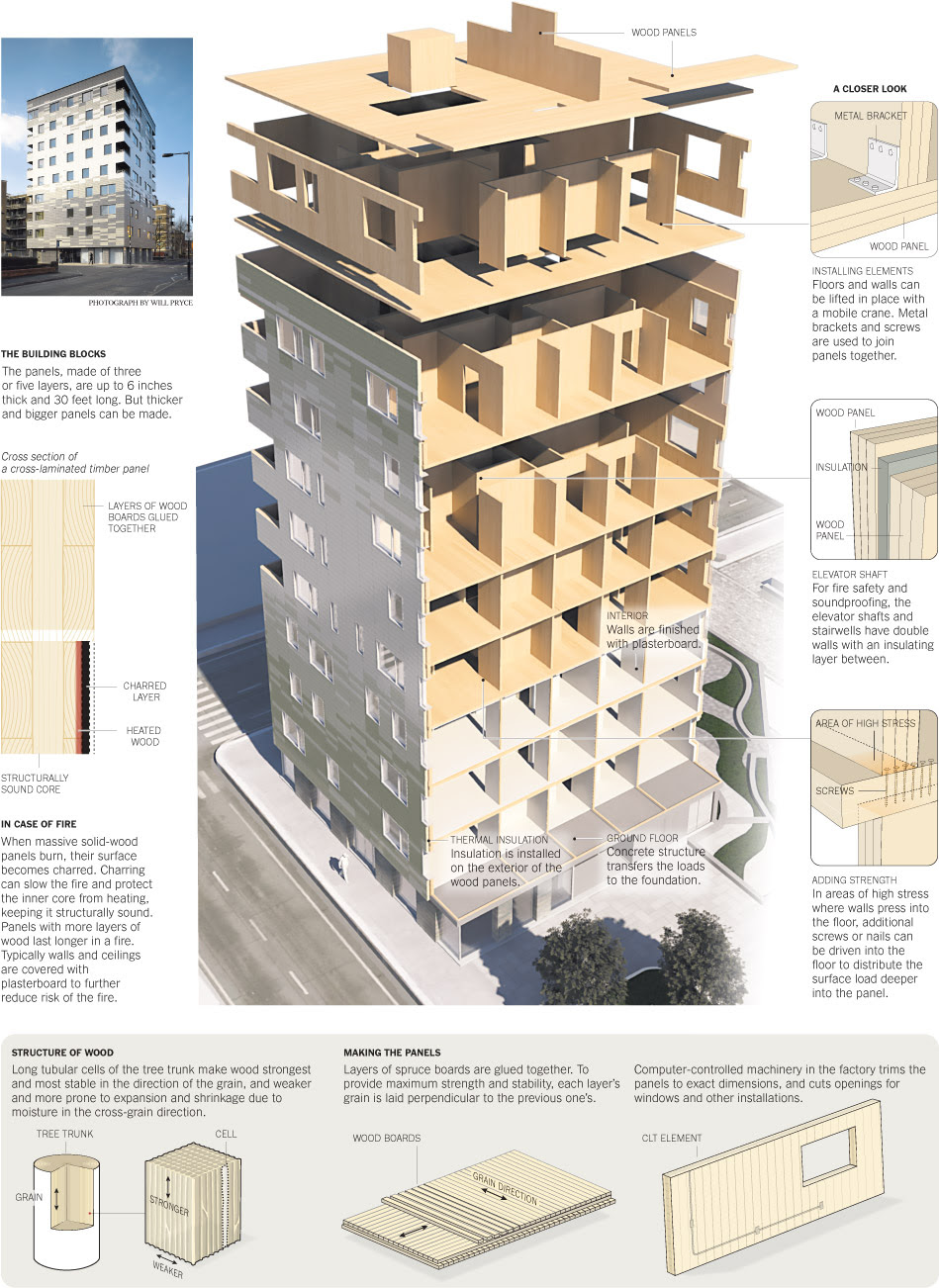 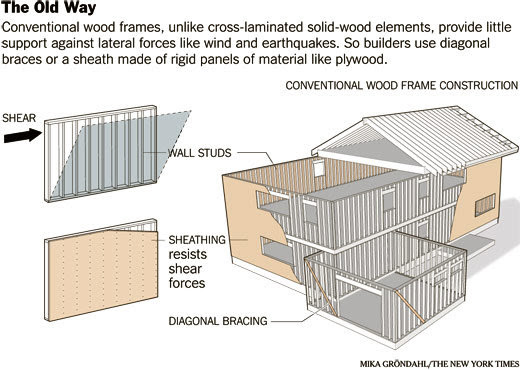 Posted by escapefromwisconsin at 8:42 AM