Maybe not what the architects were intending:


...what is approaching completion over on London's South Bank is almost the perfect metaphor for how the capital is being transformed – for the worse. The skyscraper both encapsulates and extends the ways in which London is becoming more unequal and dangerously dependent on hot money.

Consider again the story of the Shard. This is a high-rise that has been imposed on London Bridge despite protests from residents, conservation groups and a warning from Unesco that it may compromise the world-heritage status of the nearby Tower of London. What's more, its owners and occupiers will have very little to do with the area, which for all its centrality is also home to some of the worst deprivation and unemployment in the entire city. The building is 95% owned by the government of Qatar and its developer, Irvine Sellar, talks of it as a "virtual town", comprising a five-star hotel and Michelin-starred restaurants.

It will also have 10 flats that are on sale for between £30m to £50m, and from where on a clear day it will be easier to gaze out on to the North Sea, 44 miles away, than at the beetle-sized locals 65 floors down below. "We won't really market these apartments," the PR man cheerily told me. "At this level of the market, there are probably only 25 to 50 possible buyers in the world. The agents will simply phone them up."

So one of London's most identifiable buildings will have almost nothing to do with the city itself. Even the office space rented out at the bottom is intended for hedge funds and financiers wanting more elbow room than they can afford in the City or Mayfair. The only working-class Londoners will presumably bus in at night from the outskirts to clean the bins. Otherwise, to all intents and purposes, this will be the Tower of the 1%.

Perhaps the most remarkable thing about the Shard is that it simply exemplifies a number of trends. First, it merely confirms how far the core of London is becoming, in industrial terms, a one-horse town. Finance, which began in the Square Mile, has now spread to Docklands to the east, to Mayfair in the west and now to the South Bank.

Second, it proves that buildings are no longer merely premises owned by businesses, but are now chips for investment. What's more those chips are increasingly owned by people who barely ever set foot in the country. A study from Cambridge University last year, Who Owns the City?, found that 52% of the City's offices are now in the hands of foreign investors – up from just 8% in 1980. What's more, foreigners are piling into London property at an ever-increasing rate, as they look for relatively safe havens from the global financial turmoil.

The Shard is the perfect metaphor for modern London. Expensive, off-limits and owned by foreign investors – the Shard extends the ways in which London is becoming more unequal (The Guardian)

Architecture always reflects the society that builds it. Indeed a shard - a sharp, jutting, disjointed fragment cut off from a larger whole - is a perfect metaphor for our modern times. It looks aggressive - like it's piercing the sky. The constructivist feel, sheer glass cladding, and monumental scale reinforce these views. Its pyramidal shape echoes our social structure, much like its ancient antecedents. 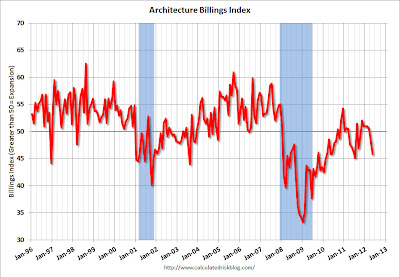 Posted by escapefromwisconsin at 8:01 AM