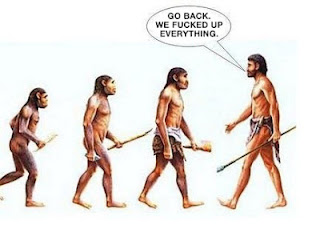 In honor of April Fool's Day, I present some of my favorite Onion headlines. Of course, America being what it is, actual headlines would probably suffice just as well:


WASHINGTON—A team of leading archaeologists announced Monday they had uncovered the remains of an ancient job-creating race that, at the peak of its civilization, may have provided occupations for hundreds of thousands of humans in the American Northeast and Midwest.

According to researchers, these long- forgotten people once flourished between western New York state and Illinois, erecting highly distinctive steel and brick structures wherever they went, including many buildings thought to have held hundreds of paid workers at a time.

"It's truly fascinating—after spending a certain number of hours performing assigned tasks, the so-called 'employees' at such facilities would receive monetary compensation that allowed them to support themselves and their families," said archaeologist Alan H. Mueller, citing old ledgers and time-keeping devices unearthed at excavation sites in the region. "In fact, this practice seems to have been the norm for their culture, which consisted of advanced tool users capable of exploiting their skills to produce highly valued goods and services."

"It's a complex and intriguing set of rituals we're still trying to fully understand," Mueller added. "But it appears as if their entire society was centered around creating, out of thin air, actual jobs that paid an actual living wage."


WASHINGTON, DC—A report released Monday by the Federal Consumer Quality-Of-Life Control Board indicates that the cost of living now outstrips life's benefits for many Americans.

"This is sobering news," said study director Jack Farness. "For the first time, we have statistical evidence of what we've suspected for the past 40 years: Life really isn't worth living."

To arrive at their conclusions, study directors first identified the average yearly costs and benefits of life. Tangible benefits such as median income ($43,000) were weighed against such tangible costs as home-ownership ($18,000). Next, scientists assigned a financial value to intangibles such as finding inner peace ($15,000), establishing emotional closeness with family members ($3,000), and brief moments of joy ($5 each). Taken together, the study results indicate that "it is unwise to go on living."

The ill health of the LCD, in steady decline since the advent of television, has been cause for concern among the intelligentsia for decades. But double-digit drops in the LCD since October 2000 have alarmed even the most pandering members of the entertainment industry.

"Quite simply, the collective intelligence level is dropping so rapidly that it's becoming increasingly difficult for producers to insult the intelligence of the American public," said News Corp president and COO Peter Chernin. "Without a way to set a floor for the lowest common denominator, even the stupidest material we can develop is not stupid enough for audiences to enjoy."

George Bush’s hometown is running out of water, thanks to climate change


The president who nixed America’s commitment to the carbon-reducing Kyoto protocol, whose administration censored reports on climate science, and whose State Department thanked Exxon executives for their “active involvement” in helping to determine climate change policy, is watching the town in which he grew up squirm in the grip of Texas’ epic, climate change-enhanced drought.

Midland, Texas, where Bush learned how to talk and grew into a strapping young alcoholic, is already running on half the water it had in the summer of 2010. As the drought grinds on, water from the Colorado River Municipal Water District has become scarce. The town’s only remaining reservoir will be dry in under a year if these conditions continue — and they’re projected to. “[P]eople could get up in the morning and there’s not any water in the system,” City of Midland Utilities Director Stuart Purvis told CBS 7 News.

Whoops, that last one was real. Sorry about that, folks. Happy April Fools!
Posted by escapefromwisconsin at 11:41 AM