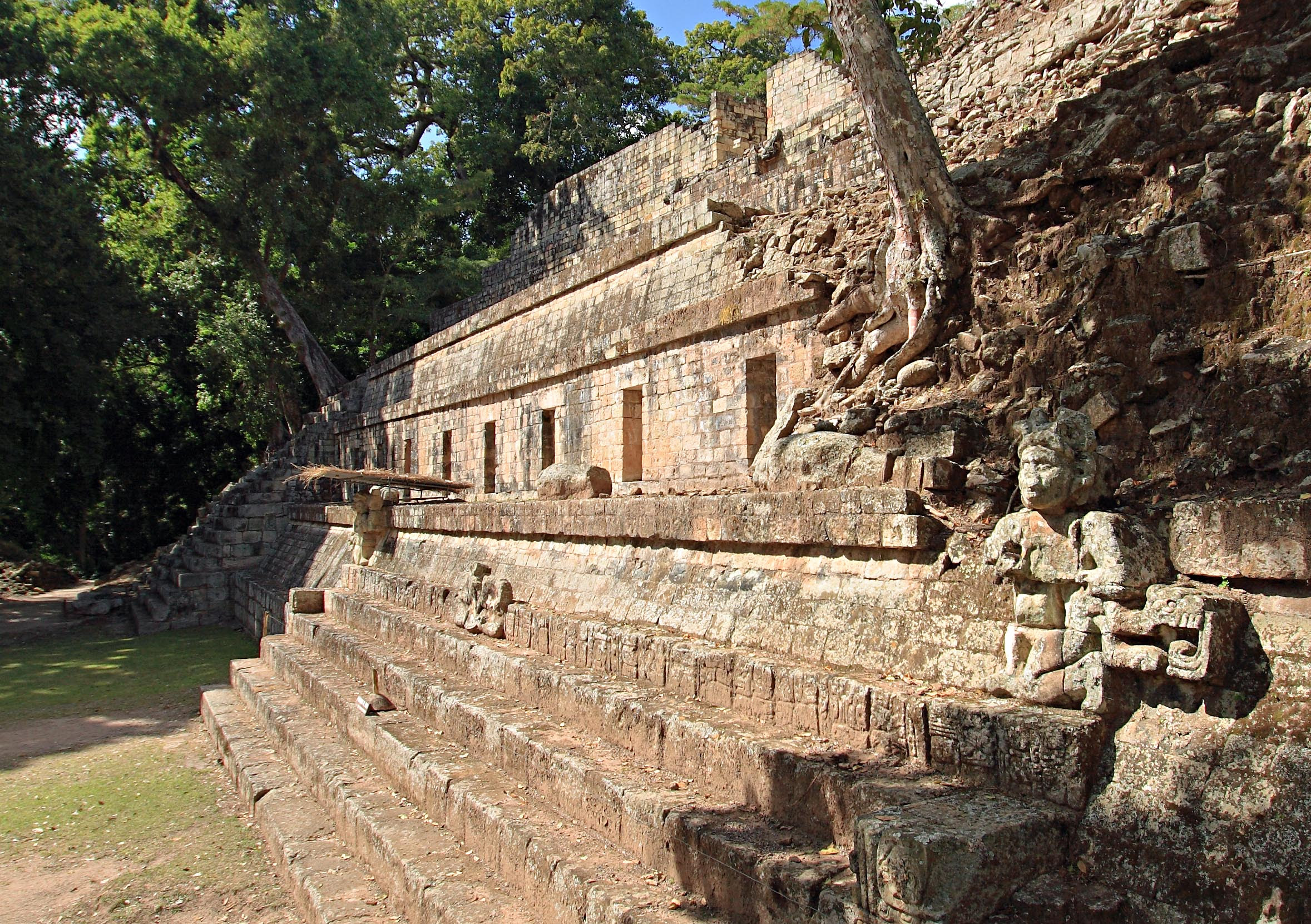 
Scientists have long drawn connections between the decline of the ancient Maya and environmental catastrophes, especially drought. Deforestation linked with farming could also have triggered disaster — for instance, reduced tree cover of the ground would have led to loss of fertile topsoil by erosion, as well as greater evaporation of water by sunlight, exacerbating drought.

However, while some locales remain abandoned for long periods, others recovered more quickly. This patchwork pattern of recovery might argue against environmental catastrophes being the sole determining factor behind the collapse of the Classic Mayan civilization — if they were, one might expect such catastrophes to affect all areas equally.

Moreover, archaeologists have pointed out that ancient Mayan societies may have been vulnerable to collapse by their very nature. They apparently funneled wealth to a small ruling elite topped by hereditary divine kings, who had virtually unlimited power but whose subjects expected generosity — a string of military defeats or seasonal droughts could greatly damage their credibility. The stability of this system was further threatened by polygamy among rulers, spawning numerous lineages that warred against each other, overall generating conditions ripe for collapse.

Available data suggested the elevated parts of the Mayan lowlands, which include much of today's Yucatan Peninsula, were significantly more vulnerable to collapse and less likely to recover than lower-lying areas. Sites within this elevated region lacked perennial water sources and were more dependent solely on what rainwater they could capture and store, leaving them vulnerable to shifts in climate. In contrast, neighboring lower-lying areas had access to springs, perennial streams and sinkholes known as cenotes that were often filled with water.

Reoccupying elevated interior areas with large numbers of people would require intense labor to re-establish water management systems, helping to explain why they were left abandoned, the researchers noted. In contrast, dwelling in the neighboring, low-lying areas was less challenging, and evidence suggests that sites there were typically occupied continuously even when the major political and economic networks they were linked with collapsed.

At the same time, the Classic Maya would have implicated gods and their "divine" rulers for the collapse. In that way, their abandoned territories became thought of as chaotic, haunted places, and reclaiming any lands from the forest was at best done with great care and ritual. Survivors in outlying sites may often not have bothered. "Reoccupation called for a reordering of a most profound kind," the researchers write in the March 6 issue of the journal Proceedings of the National Academy of Sciences.

"I have little doubt that droughts and environmental degradation — for example, soil erosion or declining soil fertility — played roles in the collapse, defined here as a substantial and prolonged decline in population, of some sites or regions," said researcher Nicholas Dunning, a geographer at the University of Cincinnati. "There is also the important role played by the environmental setting of sites — for example, sites in the elevated interior region were significantly more vulnerable to drought cycles than those in surrounding lower-elevation areas where water was more abundant."

"But the fact that collapse was often a patchwork affair and a prolonged process does indeed strongly suggest that cultural factors — for example, strength of rulership, flexibility of the society and its ability to adapt to change — were equally important for determining whether or not a given site or group of sites adapted or collapsed," Dunning told LiveScience.

Did Belief in Gods Lead to Mayan Demise? (LiveScience)

Real Mayan Apocalypse May Have Been Their Own Fault


Climate change might have helped bring about the fall of the ancient Khmer civilization in Angkor, Cambodia, nearly 600 years ago, new research suggests.

Historians have given various explanations for the fall of the empire that stretched across much of Southeast Asia between the ninth and 14th centuries (801 to 1400), from land overexploitation to conflict with rival kingdoms. But the new study offers strong evidence that two severe droughts, punctuated by bouts of heavy monsoon rain, could have weakened the empire by shrinking water supplies for drinking and agriculture, and damaging Angkor's vast irrigation system, which was central to its economy.

The kingdom, one of the greatest civilizations of all time, is thought to have collapsed in 1431 after a raid by the Siamese from present-day Thailand.

"Angkor at that time faced a number of problems — social, political and cultural. Environmental change pushed the ancient Khmers to the limit and they weren't able to adapt," said study author Brendan Buckley, a climate scientist at Columbia University's Lamont-Doherty Earth Observatory in New York. "I wouldn't say climate caused the collapse, but a 30-year drought had to have had an impact."

Posted by escapefromwisconsin at 6:30 PM