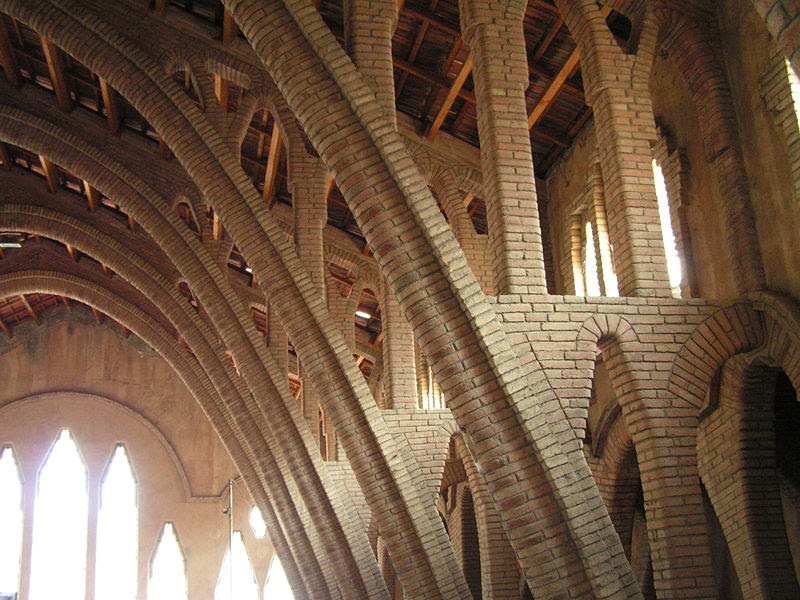 What I wouldn't give to be a part of this:

What did a medieval stonemason do when heavy rainfall interrupted his work? Umbrellas are impractical at construction sites. Gore-Tex jackets weren't yet invented, nor were plastic rain jackets. "He donned a jacket made of felted loden cloth," says Bert Geurten, the man who plans to build an authentic monastery town the old-fashioned way.

Felted loden jackets will also be present on rainy days at Geurten's building site, which is located near Messkirch, in the southwestern German state of Baden-Württemberg, between the Danube River and Lake Constance. Beginning in 2013, a Carolingian monastery town will be built here using only the materials and techniques of the 9th century. From the mortar to the walls, the rain jackets to the menu, every aspect of the operation will be carried out as just as it was in the days of Charlemagne. "We want to work as authentically as possible," says Geurten.

The building contractor from the Rhineland region has long dreamt of carrying out his plan. When he was a teenager, the now 62-year-old was inspired by a model of the St. Gallen monastery plan in an exhibition in his home city of Aachen. The plan, dating from the beginning of the 9th century, shows the ideal monastery, as envisioned by Abbot Haito of Reichenau.

Haito dedicated his drawing to his colleague Abbot Gozbert of St. Gall, who presided over the monastery from 816 to 837. He meticulously recorded everything that he believed was necessary for a monastic city, from a chicken coop to a church for 2,000 worshipers. Altogether he envisaged 52 buildings -- but they were never built. That will change in spring 2013, though, when ox-pulled carts wil begin carrying the first stones to the building site in the forest near Messkirch. It won't be finished until about 2050, according to estimates.

Ox Carts and No Coffee: Building a Monastery the Medieval Way (Der Spiegel)

Since we're on the topic of old-fashioned building techniques, it's time to post this: Timbrel vaulting using carboard framework (No Tech Magazine). Be sure to see the links at the bottom of the page.

Myth: People of the Middle Ages were crude and ignorant
Thanks largely to Hollywood movies, many people believe that the Middle Ages were full of religious superstition and ignorance. But in fact, leading historians deny that there is any evidence of this. Science and philosophy blossomed at the time – partly due to the introduction of Universities all over Europe. The Middle ages produced some of the greatest art, music, and literature in all history. Boethius, Boccaccio, Dante, Petrarch, and Machiavelli are still revered today for their brilliant minds. The cathedrals and castles of Europe are still standing and contain some of the most beautiful artwork and stonework man has been able to create with his bare hands. Medicine at the time was primitive, but it was structured and willing to embrace new ideas when they arose (which is how we have modern medicine).

Myth: The poor were kept in a state of near starvation
This is completely false. Peasants (those who worked in manual work) would have had fresh porridge and bread daily – with beer to drink. In addition, each day would have an assortment of dried or cured meats, cheeses, and fruits and vegetables from their area. Poultry, chicken, ducks, pigeons, and geese were not uncommon on the peasants dinner table. Some peasants also liked to keep bees, to provide honey for their tables. Given the choice between McDonalds and Medieval peasant food, I suspect the peasant food would be more nutritious and tasty. The rich of the time had a great choice of meats – such as cattle, and sheep. They would eat more courses for each meal than the poor, and would probably have had a number of spiced dishes – something the poor could not afford. Wikipedia has an interesting article here which describes the mostly vegetable and grain diet of the peasants in the early Middle Ages, leading to more meat in the later period.

Myth: Peasants lived a life of drudgery and back-breaking work
In fact, while peasants in the Middle Ages did work hard (tilling the fields was the only way to ensure you could eat), they had regular festivals (religious and secular) which involved dancing, drinking, games, and tournaments. Many of the games from the time are still played today: chess, checkers, dice, blind man’s bluff, and many more. It may not seem as fun as the latest game for the Wii, but it was a great opportunity to enjoy the especially warm weather that was caused by the Medieval Warming Period.

Myth: The Middle Ages were a time of great violence
While there was violence in the Middle Ages (just as there had always been), there were no equals to our modern Stalin, Hitler, and Mao. Most people lived their lives without experiencing violence. The Inquisition was not the violent bloodlust that many movies and books have claimed it to be, and most modern historians now admit this readily. Modern times have seen genocide, mass murder, and serial killing – something virtually unheard of before the “enlightenment”. In fact, there are really only two serial killers of note from the Middle Ages: Elizabeth Bathory, and Gilles de Rais. For those who dispute the fact that the Inquisition resulted in very few deaths, Wikipedia has the statistics here showing that there were (at most) 826 recorded executions over a 160 year period – from 45,000 trials!

And if you're looking for a job, List of Medieval Occupations:

How did those poor sods manage to survive without Marketing Specialists, Accounting Analysts and Senior Change Agents clikcing away at computer screens and going to meetings?

The Dancing Plague (or Dance Epidemic) of 1518 was a case of dancing mania that occurred in Strasbourg, Alsace (then part of the Holy Roman Empire) in July 1518. Numerous people took to dancing for days without rest, and, over the period of about one month, some of the people died from heart attack, stroke, or exhaustion.

Posted by escapefromwisconsin at 12:51 PM