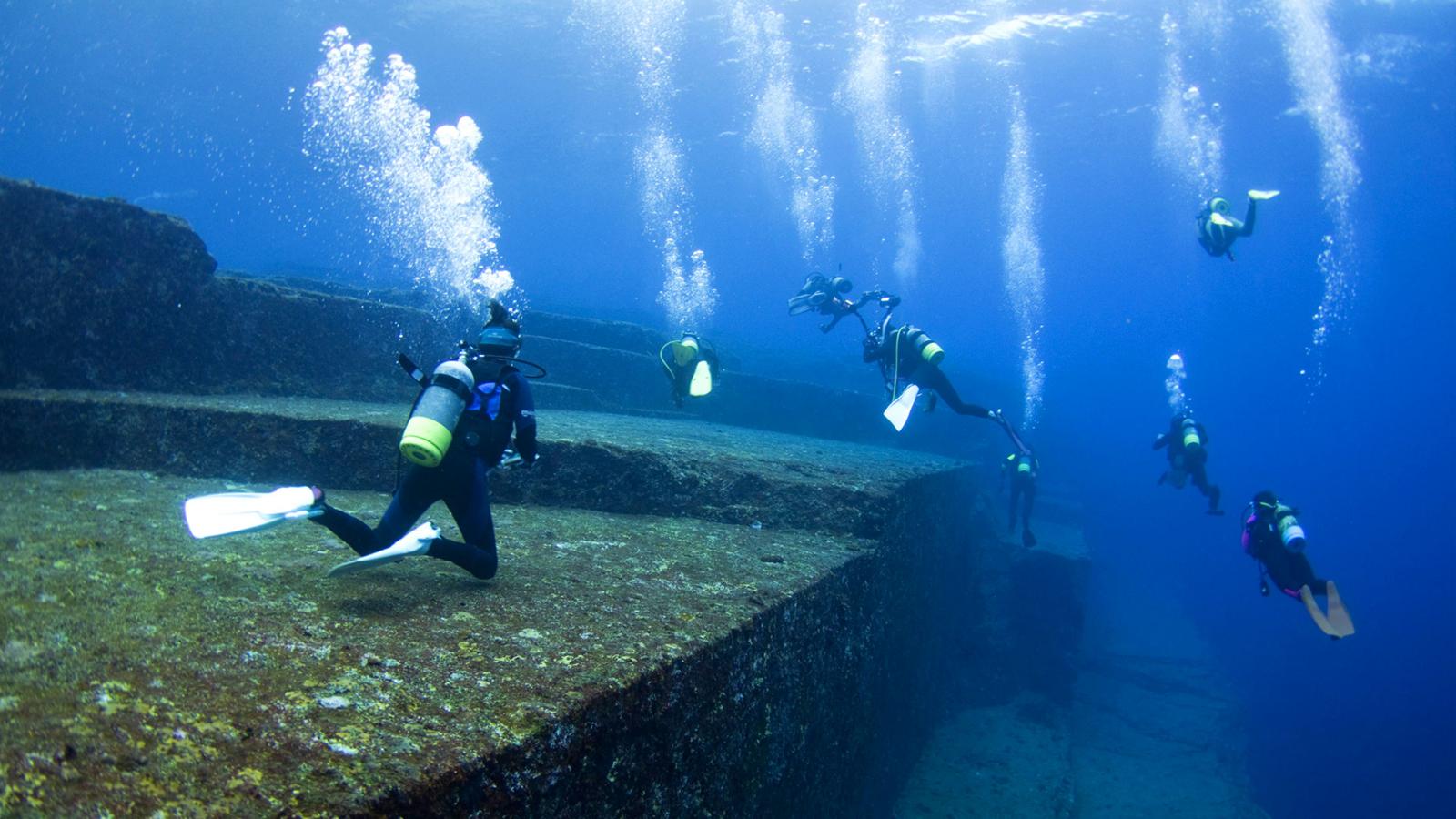 Early human migration tended to follow the coastline. Around the world, we see coastal settlements before we see inland settlements. In the Americas, South American coastal settlements predate those farther inland in North America by thousands of years, suggesting the first humans sailed down the coasts before moving into the interior of the continent. Similarly, older human remains are found in places like Indonesia than are found in the interior of places where humans first settled outside of Africa like the Near East. Most likely, when conditions got too crowded, early humans hopped into a coracle-type boat made from reeds, or skins, or hollowed-out trees, to go find another beach somewhere to live. Coastal living is ideal - usually the climate is fairly benign, and the ocean supplies a virtually limitless supply of food for Homo sapiens. Even today, living on a beach is considered to be paradise by a lot of people, and oceanfront property is typically the most valuable.

According to one theory, it was a rise in sea levels that drove people into the first cities. To my mind, this makes sense. It would take a considerable shock to make a change to people's lifestyles as radical as urban life with its crowded conditions, interpersonal conflicts and outbreaks of disease. But as former foraging lands went under the waves, humans may have had no choice. It ties in with Carneiro's ideas of circumscription - only when escape routes were cut off could sociopathic elites seize control of the means of production. Could that circumscription in some areas have come in the form of rising seas?


Six thousand years ago, people across the Middle East grew crops and kept animals, but they hadn’t yet invented urban life. Sea levels were on the rise, and the Persian Gulf rapidly encroached on Mesopotamia. This is one of the world’s flattest places. Like a broad beach in an oncoming tide, the land was quickly swallowed up by water. Those living in the marshes and low-lying hamlets sought refuge on a few narrow ridges just high enough to protect them from inundation. Suddenly, people had to find a way to cooperate on these small but thickly populated islands of dry earth. They adapted by reorganizing their society.

They experimented with innovative ways to store food. They crowned kings, invented a priestly class to mediate between humans and the gods, and divided up tasks like making pottery, keeping financial accounts, and soldiering. They built temples and public buildings on a scale never seen before. By 3200 B.C., scribes made the first written records. Almost everything else in all of human civilization is a variation on a theme first played in Mesopotamia.

“There is this idea that cities happen because somebody invented irrigation,” says [archaeologist Jennifer] Pournelle. “My argument is that irrigation happened because you had cities.” Only later, when the water began to recede, around 3000 B.C., did the new society began to construct large-scale water works designed to grow crops on an industrial scale to feed the burgeoning masses. The ideas of cities, writing, big temples and palaces, and kings and a priestly class spread quickly across Asia and Africa and eventually into Europe. In some cases, such as in Egypt, these traits all appear nearly simultaneously.

Something similar likely took place in the New World, where the first monumental buildings and cities sprang up along the Pacific coast of Peru 3,000 years ago, not long after the modern El Niño weather pattern began. The onset of that periodic phenomenon—the same weather pattern that is due to deliver floods and mudslides this winter from Chile to California—may have prompted ancient Peruvians to join together in a novel way to deal with the recurring destruction.

Historians and archaeologists no longer see civilization as a forced evolutionary march from farming to factory to Facebook. Instead, they see individuals and groups grasping for creative ways to overcome immediate perils. The results, as in Mesopotamia, can transform not only their society, but those around them and those that come after. Stress and strain make us stretch.

Humans, of course, don’t always triumph. Terrible droughts 4,000 years ago may have played a central role in the dramatic collapse of the first Mesopotamian cities, along with Egypt’s Old Kingdom and the Indus civilization in what is now Pakistan and India. The changes were too deep or fast or tenacious for societies to cope. Warfare, famine, and disease stalked the Near East for centuries.

If history is our guide, then, an effective response to today’s changing climate—which is shifting more rapidly than at any time since Homo sapiens evolved—requires a major retooling of our economy, institutions, infrastructure, and even our beliefs.

The article goes on to make an analogy to the flooding that will be unleashed by global warming. It argues that we, too, will need to come up with new forms of social order, just as they did back then. Most likely what will happen is tectonic shocks to an already fragile and hyper-complex system leading to disruption and dislocation. From that, I do see a different social system emerging. Clearly the path we're on is not sustainable.

In this view, rising seas drove people into close proximity and began the first societies in the Near East, at least in Mesopotamia and Peru. In places such as Egypt, it was most likely advancing desertification that removed foraging lands and shrank Egypt to a thin band along the Nile. There, surrounded by deserts, people had no choice to accept the rule of the priest-king owners of the land, with one war chief eventually reigning as the Pharaoh.

The ideas above tie in with Jane Jacobs' notion of cities as primary drivers of economic development and technological change.


Jacobs argued that perhaps the first great example of the process of creating new work was the invention of agriculture and animal husbandry. ‘Cities’ developed this industry due to the need to feed people in the ‘city’. Eventually this technology was exported to other places, including the countryside.

Jacobs’ reasons for saying this was that she saw the countryside itself as a passive receiver of ideas. Lack of population pressure means that new industries don’t need to be developed in the countryside. Therefore the countryside gets its technology and industry, and much of its work, from cities. As a result of this, Jacobs argued that when local cities disappear the technology of the countryside, unsupported, can disappear with it.

The reason why people are reluctant to consider such a radical idea, Jacobs argued, is due to the influence of the Bible on people’s thinking. So if Genesis said that farming came first and cities later then that’s how people viewed the past. She particularly singled out Adam Smith in this respect, saying that his ideas, which were influenced by the Bible, have heavily influenced people’s view of economics ever since.

While Jacobs' "cities first" model has been criticized with regard to agriculture (most likely agriculture was practiced long before cities, but intensive agriculture is probably urban in origin), it does make sense that cities drove trade, specialization, political complexity, and with it, inequality.

We also have increasing evidence that early humans cooperated on much larger scales than we thought long before we lived in top-down social hierarchies. Göbekli Tepe is one prominent example, but others are emerging. Also, keep in mind the above: many of the earliest sites of human habitation are now under water, and have been for millennia.

Mysterious Middle East 'Wheel Of Giants' Is As Old As Stonehenge (Huffington Post) Ancient rock formation is believed to be 5,000 years old -- but no one is sure what it was used for.

When cities rise from the depths (BBC)

These range from 5,000 to 10,000 years ago. Clearly a lot was going on before we settled down in dense urban areas, which may be why civilization developed so rapidly. Large-scale construction and long-distance trade were nothing new.

Here is an interview with Graham Hancock and Randall Carlson on JRE, where they are frequent guests. As far as I can tell, they are arguing that there was a highly advanced human civilization with extensive trade networks long before 11-12,000 BCE. They argue that many monuments, including those of ancient Egypt, date from that time period. As evidence, they cite things like signs of water erosion on the Sphinx, which would have had to have been made before the desertification of Egypt, along with numerous underwater ruins which have not been sufficiently explored.

Around 12,000 BCE, according to the theory, a comet entered the atmosphere causing major catastrophes on a scale similar to that of the dinosaur extinction or the Toba eruption. The comet caused the ice sheets to melt, inundating this ancient civilization and causing its collapse. The knowledge of the civilization was passed down through various stories and esoteric traditions including the universal flood myth and the stories of advanced civilizations lost beneath the waves: Atlantis, Lemuria, Mu, and others (the Egyptians claim their knowledge originated in Atlantis). When civilizations were eventually rebuilt, they remembered the catastrophe and built all sorts of astronomical clues warning us of the comets in their monuments, including the very geographical siting of the monuments (according to Robert Bauval, the Giza site is laid out to align with stars in the Orion constellation). This is why every ancient civilization was so obsessed with stargazing, going so far as to encode astronomical knowledge such as the procession of the equinoxes into their mythology.

An interesting theory, to be sure. I'm not going to hazard an opinion here. It seems possible, but it's too often lumped in with the idea that early humans were in contact with aliens, or that ancient civilizations has some sort of secret advanced technology, or psychic powers, and other New-Age nonsense. It would also help if Carlson (a builder with no scientific qualifications) didn't take every opportunity to assert that his catastrophe theory somehow disproves the idea that humans are the source of anthropogenic climate change. Here's a better summary from Disinfo.

One of my favorite candidates for the Garden of Eden and the Flood Myth is that one of the first permanent settlements outside of Africa was where the Persian Gulf is today, and when the sea breached the Straits of Hormuz, it inundated the area creating the Gulf and driving the survivors to higher ground where Mesopotamia is today. I first read about that here: Lost civilization under Persian Gulf? (Science Daily)
Posted by escapefromwisconsin at 6:56 PM