Soon, everyone will be a nurse.


Right now the compass seems to be pointing in the direction of health care.  That probably won’t change anytime soon:

The pay of registered nurses — now the third-largest middle-income occupation and one that continues to be overwhelmingly female — has risen strongly along with the increasing demands of the job. The median salary of $61,000 a year in 2012 was 55 percent greater, adjusted for inflation, than three decades earlier.

And it was about $9,000 more than the shriveled wages of, say, a phone company repairman, who would have been more likely to head a middle-class family in the 1980s. Back then, more than a quarter of middle-income jobs were in manufacturing, a sector long dominated by men. Today, it is just 13 percent.

Here are the most common jobs right now: 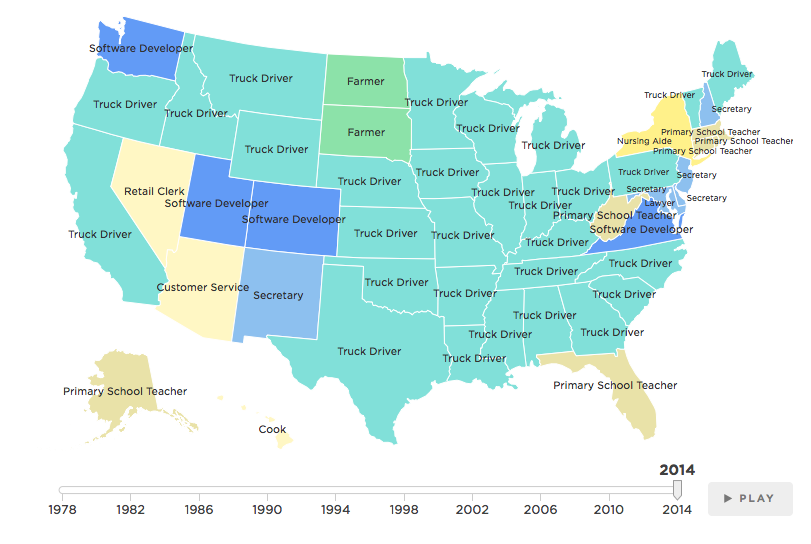 Map: The Most Common Job In Every State (NPR) - Interactive map at the link showing change over time.

If self-driving cars are a reality, what about all the truck drivers?

Watch out, coders -- a robot may take your job, too (InfoWorld)

Oh, and don't think a Ph.D. will help you: How an oversupply of PhDs could threaten American science (Teaching Report)
Posted by escapefromwisconsin at 8:00 PM