Head In The Clouds

Behold the latest incidence of extreme architectural wankery from China (via France) – Green skyscraper pods. Lovely. So now, if you’re lucky, you can leave your cancer village and live in a plastic bubble seventy feet in the air glomed onto a Vierendeel beam. After all, this is the most effective use of materials, right?

Again, anyone with the slightest knowledge of construction knows how difficult this would be to achieve in time and materials. It makes all those hundred-story all-glass banking towers seem positively conservative.

And, of course, it tacks on every high-tech gee-whiz doodad possible in an effort to appear “green” (trees up in the air!, windmills!, transparent solar panels!, algae-based phyto-filtration! etc.). It looks like the crazy science-fiction ideas about the future may get built after all, just in China. When is a Chinese city going to get a Fullerdome over it to keep the air pollution out? I assumed that this nonsense is only about getting published in magazines and blogs and ego-gratification, but now I see a similarly crazy, if slightly humbler scheme from this same architect is apparently actually under construction in Taiwan (in the shadow of Taipei 101, no less).

This seems a good place to post this: Can We Please Stop Drawing Trees on Top of Skyscrapers? The scientific reasons why the latest architectural drawing fad is fantasy (Slate). I can tell you from experience that the latest architectural fads are driven mostly by a collusion of greenwashing, new modelling software and Photoshop. It's a lot harder to build trees and greenery on buildings than it is to Photoshop them onto a model.


Just a couple of years ago, if you wanted to make something look trendier, you put a bird on it. Birds were everywhere. I’m not sure if Twitter was what started all the flutter, but it got so bad that Portlandia performed a skit named, you guessed it, “Put a Bird on It.” (“What a sad little tote bag. I know! I’ll put a bird on it.” Etc.)

It turns out architects have been doing the same thing, just with trees. Want to make a skyscraper look trendy and sustainable? Put a tree on it. Or better yet, dozens. Many high-concept skyscraper proposals are festooned with trees. On the rooftop, on terraces, in nooks and crannies, on absurdly large balconies. Basically anywhere horizontal and high off the ground. Now, I should be saying architects are drawing dozens, because I have yet to see one of these “green” skyscrapers in real life. (There’s one notable exception—BioMilano, which isn’t quite done yet.) If—and it’s a big if—any of these buildings ever get built, odds are they’ll be stripped of their foliage quicker than a developer can say “return on investment.” It’s just not realistic. I get why architects draw them on their buildings. Really, I do. But can we please stop?

There are plenty of scientific reasons why skyscrapers don’t—and probably won’t—have trees, at least not to the heights which many architects propose. Life sucks up there. For you, for me, for trees, and just about everything else except peregrine falcons. It’s hot, cold, windy, the rain lashes at you, and the snow and sleet pelt you at high velocity. Life for city trees is hard enough on the ground. I can’t imagine what it’s like at 500 feet, where nearly every climate variable is more extreme than at street level.

I should note that conventional green roofs, which are usually comprised of low-growing alpine sedum species with shallow roots designed to grow at high altitudes and placed in an engineered growing medium, are something altogether different than drawing trees up in the air. These are actually almost always a good idea. While the article makes a good points, there are instances where it's smart to put greenery on your fifth facade. Just be sure to think about water and maintenance! 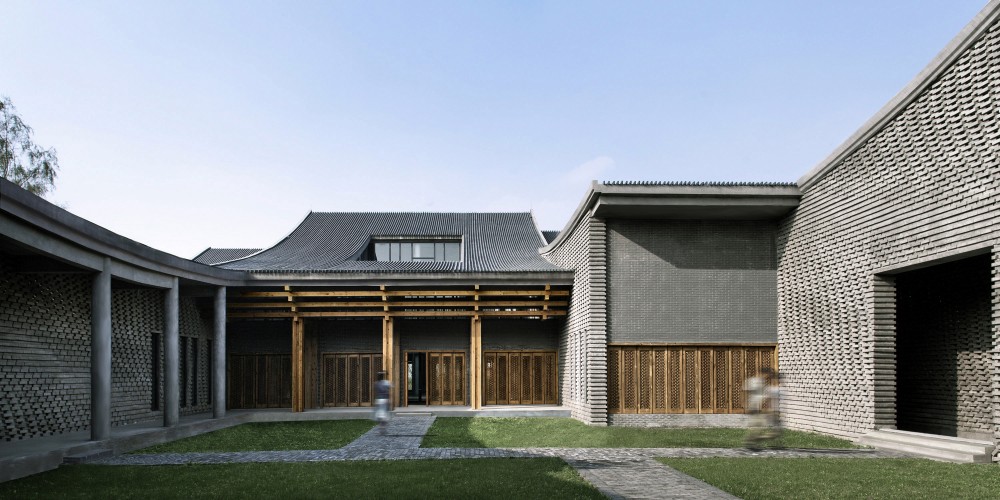 Fortunately, there are a few examples in of good architecture in China to point to. Here’s a beautiful one I ran across in Architect Magazine: The Lanxi Curtilage by Archi-Union. It shows what can be accomplished by a sensitive and innovative use of materials, working with local design traditions and context but not imitating them, and building on a human scale. It’s not a copy of past buildings, but it creates beautiful spaces with modern materials in a fundamentally modernist idiom, combining them in new and creative ways. Well done. Their Jade Museum is nicely done too, even if the purpose of the building is somewhat questionable (how many museums does China have, again)? 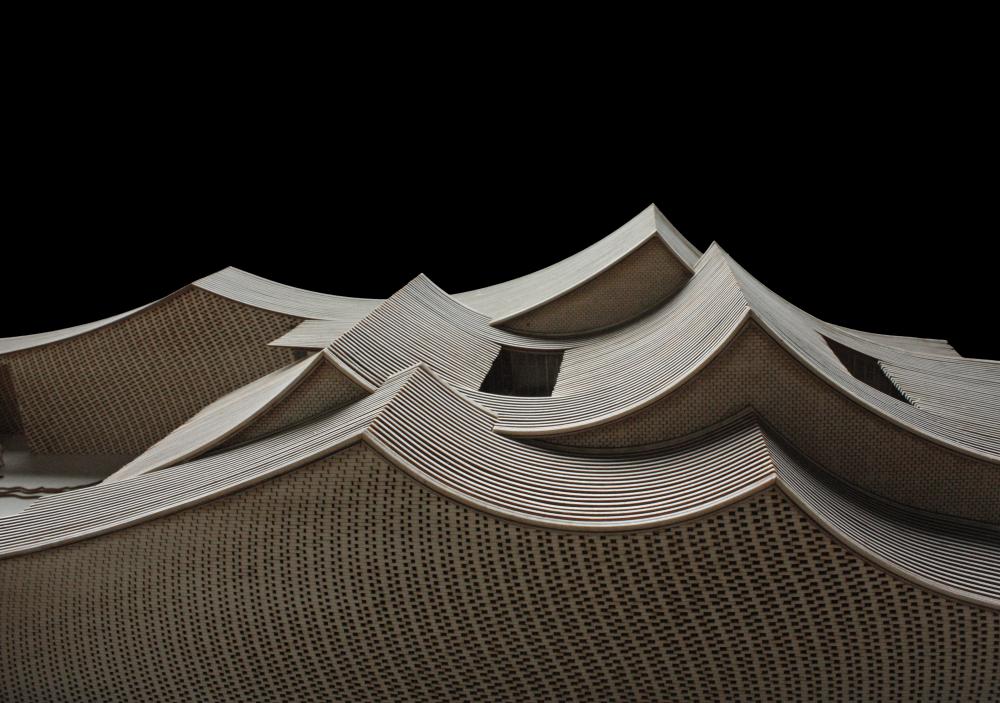 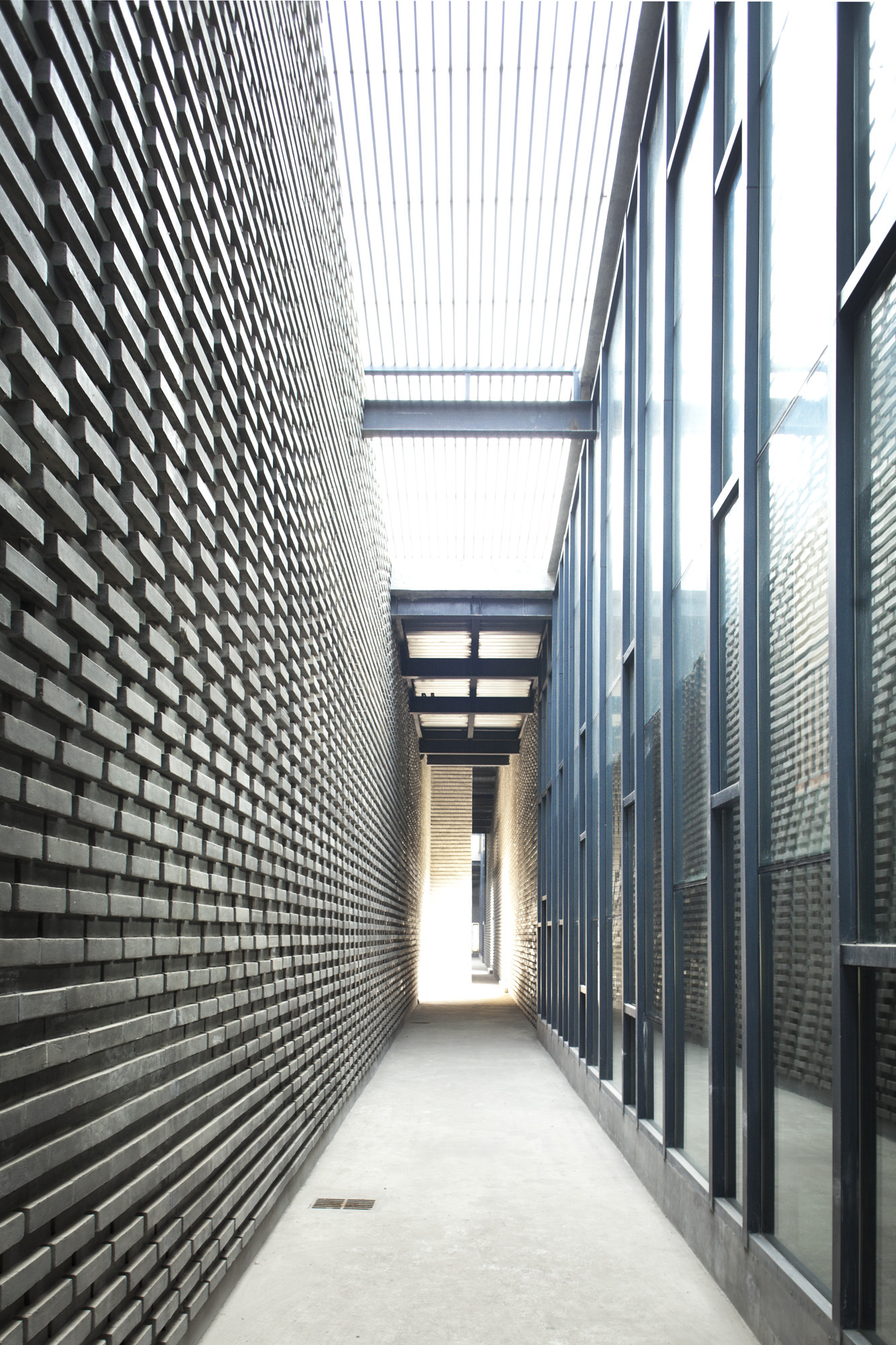 Sadly, I think the latter type of design will be the exception as the Chinese people are herded off the land into all-glass filing cabinets in an effort to “house a billion people.” If you want to understand why the Chinese are being pushed off their farms and into "farmscrapers," I encourage you to listen to this talk by David Harvey. Harveys main theses are 1.) urbanization projects are mainly a way to find a use for surplus capital and labor, 2.) Urbanization leads to a transformation of lifestyle that has serious political consequences, and 3.) attempts to use urbanization to get out of a crisis of excessive capital and labor leads to ever-larger and worsening speculative booms and busts.

Harvey points out that When Louis Napoleon came to power he engaged in a massive urbanization scheme in Second Empire Paris leading to the full employment of all the surplus labor and capital, made possible by new financial institutions which could agglomerate savings and deploy them for big projects. He explains that this accompanied a fundamental change in lifestyle. The consumer culture of department stores, shops, kiosks and cafes came into being, along with society of spectacle exemplified by rapidly changing tastes in fashion and culture. The transformation of Paris by Hausmann into the "city of lights" with its street lamps, shops, cafes, theatres and wide boulevards led to the revival of the French economy after 1848.

He points out that economists are only now beginning to understand the role that a speculative commercial real estate and housing bubble played in the stock market crash of 1929. He then points out that post-war American capitalism was revived by the construction of suburbia, accompanied by a fundamental transformation of American lifestyles ('nuclear' families, advertising and television sets, private automobiles, lawnmowers, pets, etc.). It's no coincidence that suburbia is home to the most reactionary elements in American society today.

He then points out that the "Japanese economic miracle" crashed and burned when real estate prices went as high as they could go and the bubble burst (land prices are still falling twenty years later), and that a similar crisis caused Nordic countries to nationalize their banks (and sell them back to the bankers at a discount, of course). Fast-forward to today, when finance capital drove up a bubble by investing both in the construction of projects and the mortgages required to buy them, that is, solving the effective demand problem by issuing credit to people who can't pay and having them spend it on their house (e.g home equity loans, etc.). He points out that the losses in real estate showed up as bonuses on Wall Street.

So that brings us then to modern China, the ultimate example of using massive urbanization schemes to absorb the greatest amount of surplus labor and capital the world has ever seen. It's not confined to China; cities all over the developing world are putting up gleaming glass towers (see this) and gentrified condominiums, complete with Gucci, Starbucks and KFC, often within sight of homeless people and slums. He doesn't say it, but notice that most construction action in the U.S. is in health care, education, and sports facilites, three areas that sucking up all the county's remaining wealth

So the next time you hear about how "ninety percent of the world's population will live in cites by 2030" or whatever, at least you'll know why. It's all about soaking up the surplus capital. Meanwhile, in case you missed it in all the hoopla about the Dow and all the jobs we’re creating, the head of China’s largest property developer has just issued a “doomsday warning,” which is apparently being ignored by everyone:

UPDATE: What?! China Developers to Flatten 700 Mountains to Build New City (Treehugger). File this with microwaving coal, methane hydrates, mining asteroids and drilling under the Arctic under 'ways to keep capitalism going.'
Posted by escapefromwisconsin at 5:38 PM