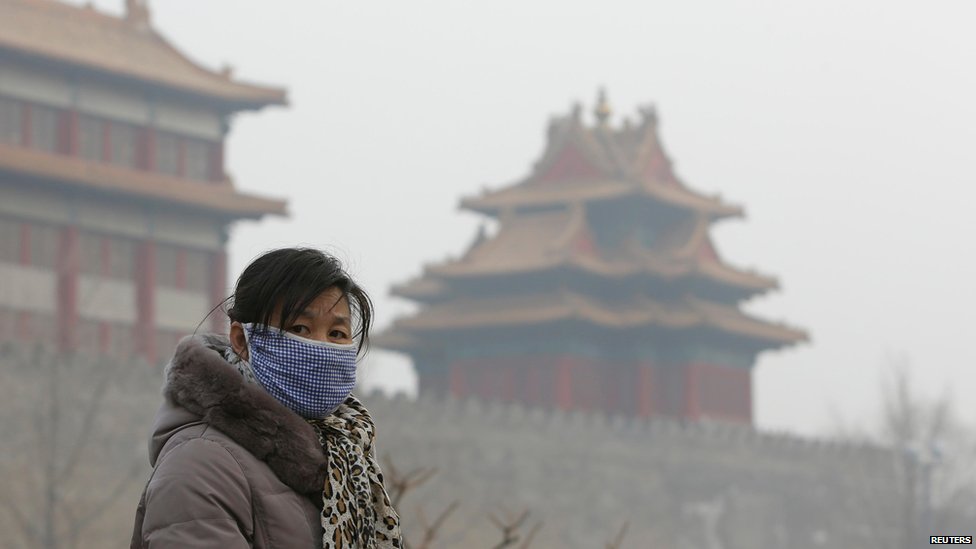 As in Toms River, so many things about last week’s debacle in Handan were infuriating, starting with the chemical involved: aniline. That was the compound that launched the synthetic chemical industry in 1856, when a precocious 18-year-old named William Henry Perkin, experimenting in his parents’ London attic, inadvertently discovered that aniline, dissolved in sulfuric acid and mixed with potassium dichromate, made a superb purple dye.


Soon London, Basel, Switzerland, and the Ruhr Valley in Germany were littered with aniline factories, many of which would morph into familiar corporate giants like CIBA, Geigy, Agfa and the German behemoth BASF, the industry leader. In Basel and London, it was said, you could tell which dyes were being made by the color of the nearby canals and rivers, where the factories dumped their waste. Factory bosses would send workers on clandestine midnight runs to the Middle Bridge in Basel to dump barrels of waste into the fast-moving Rhine.
Basel is a border city and the Rhine flows north, so the waste was Germany’s problem — just as last week’s spill was Handan’s problem, not Changzhi’s.
In 1895, a Frankfurt surgeon named Ludwig Wilhelm Carl Rehn began noticing unusual numbers of bladder cancers — he called them “aniline tumors” — among workers in dye plants. Whether aniline was the specific cause was hard to determine, since by then, chemical manufacturers had expanded well beyond aniline and were using dozens of compounds derived from coal and oil to make dyes and many other products. What was obvious was that these synthetic hydrocarbons were leaving a trail of tumors wherever they were manufactured.
The legacy of cancer followed the industry as it spread to America. In the 1950s, at Cincinnati Chemical Works, almost half of the long-term workers who handled a dye compound called benzidine got bladder cancer. Soon after, the Cincinnati factories closed and their Swiss owners transferred manufacturing to a huge new facility in a small town where there would be less scrutiny: Toms River.
Today, there is little left of the vast complex the Swiss operated in Toms River for more than 40 years. Manufacturing ended there in 1996, just as the cluster controversy was heating up. Now, after so many years of painful publicity about cancer and pollution, many residents of Toms River are happy to have moved on, and who can blame them. They are much more likely to be worried about the damage Hurricane Sandy recently inflicted on hundreds of local homes than about any lingering effects from decades-old water and air pollution.
The reality of 21st-century globalism, however, is that none of us can pretend that by pushing the chemical industry out of our communities we have stopped enabling its dangerous practices. The industry jobs that started in Basel, and then migrated to Cincinnati and Toms River, are now in Shanxi Province and other coal-rich areas of China. BASF alone now owns or invests in 45 Chinese ventures. Meanwhile, hundreds of smaller companies like the Tianji Coal Chemical Industry Group, whose Changzhi factory was the source of last week’s leak, are busy turning coal into aniline and a host of other chemical products.
A Cancer Cycle, From Here to China (New York Times)
On Scale of 0 to 500, Beijing’s Air Quality Tops ‘Crazy Bad’ at 755 (ibid.)
Beijing air pollution soars to hazard level (BBC)
Pollution from China's growth 'takes toll on health' (BBC)
Polluting China for the Sake of Economic Growth (Science Daily)

Developing nations are facing growing health and environmental risks from increased exposure to mercury, according to a UN report.
It says a growth in small-scale mining and coal burning are the main reasons for the rise in emissions.
As a result of rapid industrialisation, South-East Asia is the largest regional emitter and accounts for almost half of the element's annual emissions.
The findings appear ahead of a meeting that aims to cut global demand by 2015. The Global Mercury Assessment 2013, published by the UN Environment Programme (Unep), shows that emissions from small-scale gold mining in Asia, Africa and South America have doubled since 2005. It states: "Global emissions of mercury to the air in 2010 from human activities were estimated at 1,960 tonnes.
UN: Rising mercury emissions increase risk to humans (BBC)
Research on certain mummies is already confirming certain views on the nature of cancer in our time. Paleopathologists have hunted for cancer in mummies and ancient bones, but with virtually no success. There are two quite different explanations of its rareness. Some say that cancer has increased in recent times, that it is in fact largely a modern disease. Others have claimed that cancer (or the potential for it) may have been common in past eras, but that the ancient incidence is masked for several reasons: in past millennia, most people didn't live long enough to develop cancer; tumors didn't survive mummification well enough to be detectable; bone cancer usually leaves only a defect indistinguishable from other ills. This is a matter of more than theoretical interest; if cancer is truly more common today than in the past, we will benefit from knowing why.
The problem interested Dr. Michael Zimmerman, a pathologist with a degree in anthropology. Zimmerman studied X-Ray surveys of mummies in Egypt and Europe and found no firm diagnoses of cancer. He reviewed autopsy findings and discovered only three microscopic diagnoses of tumors in mummies; one was questionable, and two were benign tumors of the skin. In short, he found not one sure diagnosis of cancer in ancient remains. Like any good biohistorian, he suspended conclusions until he had checked out the potential arguments against his findings.
As a pathologist, Zimmerman routinely performed autopsies on people who had died from a wide variety of diseases. In the course of his work, he took samples of normal and cancerous tissue from every major type of tissue in the body. then, in an experiment that took many months, he put these tissues through a process that simulated mummification, rehydrated them, and studied them under the microscope. Preservation was a bit better than in real mummies, but the changes were essentially the same. In fact, Zimmerman found that cancerous tissue was actually better preserved than normal tissue. It is not true, then, that mummification masked cancerous cell changes; to the contrary, it enhanced them.
Zimmerman saw holes in several of the arguments that time conceals the existence of cancer in ancient remains. Many people who survived early life in ancient Egypt reached middle or old age; we know that they lived long enough to develop arthritis, arteriosclerosis, and heart attacks, which is the age when cancer starts becoming common. Since surgery and other treatments were not available, a cancer should remain in the mummy of a person who developed it. Finally, although cancer is primarily a disease of later life, leukemia and bone cancer are most common in the first few decades, they haven't been found in the remains of children and adolescents of past eras.
There is also historical evidence. Although Greek physicians described cancer some two thousand years ago, they didn't say it was common, and many different types of cancer were described for the first time only during the past few centuries. Many of the recently discovered varieties are occupational, caused by exposure to chemical or irritants. And it was only in the early twentieth century that scientists began to perceive an increase of cancer throughout the world.
Zimmerman's final argument is his own experience. He has carried out autopsies of over a hundred mummies from Egypt, Peru, and Alaska, more perhaps than any other person working in paleopathology today. He has discovered not one cancer of the lung, breast, bowel, or any of the other kinds so common today. In our time, about one American in three or four will develop some form of cancer; the disease accounts for 17 percent of all deaths. And it is now believed that as many as three quarters of all cancers are caused, directly or in part, by tobacco, industrial pollution, radiation, and perhaps by changes in diet, heredity patterns, and continually evolving viruses. The logical conclusion is that we don't find cancer in ancient bones and mummies because it used to be far rarer, and the recent increase results from modern environmental conditions and life-styles. this conclusion can't be considered ironclad yet, but it is a powerful lead for future research.

Isn't it interesting that the one innovation everybody agrees we need to develop is "a cure for cancer?"
UPDATE: The Cancer Cash Cycle: The Causes of Cancer and Ill Health (Global Research): It is easy to conclude after watching the film that what we have here is some kind of corrupt racket. Indeed, the 2009 documentary ‘The Idiot Cycle’ alleges that some of the world’s top cancer causing culprits (including, it is claimed in the film, Bayer, BASF, Dow, Dupont, Monsanto, Syngenta, Novartis, Pfizer, among others) are allegedly profiting from the production of cancer-causing products and then some of the same companies are investing in profitable cancer ‘treatments’. These claims outlined in the movie remain to be fully verified.
On top of this, some of these companies are now developing genetically modified crops, which have never been adequately tested for long-term health impacts like cancer. The onset of the disease is frequently 15 to 20 years down the road for victims.

Prior to undertaking his recent study into the health impacts of GMOs and incurring the wrath of the GMO sector for his findings, Gilles-Eric Seralini, professor of molecular biology at the University of Caen in France, said it was absurd that only three months of testing allowed GM corn to be approved in over a dozen nations. Upon reviewing Monsanto’s raw data, he and his team found, among other problems, liver damage and physiological changes into a pre-diabetic condition among the rats which had eaten Monsanto’s GM corn. And that’s just from three months of eating such food. His new study was over a two year period.

The incidence of cancer is escalating and is expected to double by 2050, and it’s a global issue. For example, the incidence of cancer for some major organs in India is the highest in the world. While tobacco is a major cause, other factors cannot be discounted. Recent reports in the Indian media have drawn attention to rising rates of breast cancer in urban areas, and in 2009 there was a reported increase in cancer rates in Tamil Nadu’s textile belt, possibly due to chemically contaminated water. But without proper regulations in force, this may be the thin end of the wedge for India.

According to Dr Samuel Epstein, emeritus professor of environmental medicine at the University of Illinois, a range of industries in the US have contaminated the air, land and sea with a wide range of petrochemical and other carcinogens. This has not only affected the public at large, but has also placed workers in certain sectors and their offspring at risk of cancer.
Posted by escapefromwisconsin at 6:50 PM